Showing posts from July, 2022
Show All

The International Press Centre (IPC), Lagos–Nigeria has condemned the assault on journalist, Leftist Aimeuaewonso, who received slaps and punches from a member of the Edo State House of Assembly, Ephraim Aluebhosele when he questioned him on action being taken to fix an abandoned road in his constituency . IPC in statement said reports reaching it's Safety Alert Desk states that, the journalist sustained varying degrees of injury after the assault by the lawmaker and some of his aides. The statement signed by  Melody Lawal, P ress Freedom Officer at IPC, said the organization  is of the firm opinion that the lawmaker had no legal right to beat up Aimeuaewonso notwithstanding the situation, as the act was very condescending for a duty bearer who has the responsibility to give account to the citizens who voted him into governance. IPC therefore called for immediate action against the lawmaker, urging the Speaker of the House of Assembly to thoroughly investigate the inc
Post a Comment
Read More 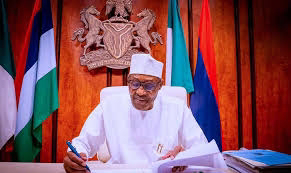 Presented with an opportunity to undertake an honest review of his regime’s economic performance, the President, Major General Muhammadu Buhari (retd.), relapsed into his default mode of living in denial, and eerie self-congratulation. In an interview with Bloomberg, he made unfounded claims and amid the rubble of a collapsing polity, insisted that he would “leave Nigeria in a far better place than we found it.” The verdict of the populace, the domestic and international community is however unsparing: Buhari’s management of Nigeria’s economy, like virtually other areas of national life, has been disastrous. Most Nigerians can hardly wait for his term to end. But as usual, Buhari was in a world of his own, claiming successes despite the overwhelming evidence of failure. He stated that the economy was on course “for sustainable and equitable growth,” and that Boko Haram no longer occupied large territories. For good measure, he added that Nigerians were now freely “empowere
Post a Comment
Read More

The Lagos Division of the Court of Appeal on Friday convicted and sentenced the Senator representing Delta North Senatorial District at the National Assembly, Peter Nwaoboshi, to seven years imprisonment. The court also ordered that the senator’s two companies, Golden Touch Construction Project Ltd and Suiming Electrical Ltd, be wound up in line with the provisions of Section 22 of the Money Laundering Prohibition Act 2021. The Economic and Financial Crimes Commission said the the court’s ruling was delivered in an appeal challenging the judgment of Justice Chukwujekwu Aneke of the Federal High Court which on June 18, 2021, discharged and acquitted the defendants on two counts of fraud and money laundering. EFCC had arraigned the three defendants over the acquisition of a property named Guinea House, Marine Road, in Apapa, Lagos, for N805 million. Part of the money paid to the vendor – N322 million transferred by Suiming Electrical Ltd on behalf of Nwaoboshi and Golden
Post a Comment
Read More 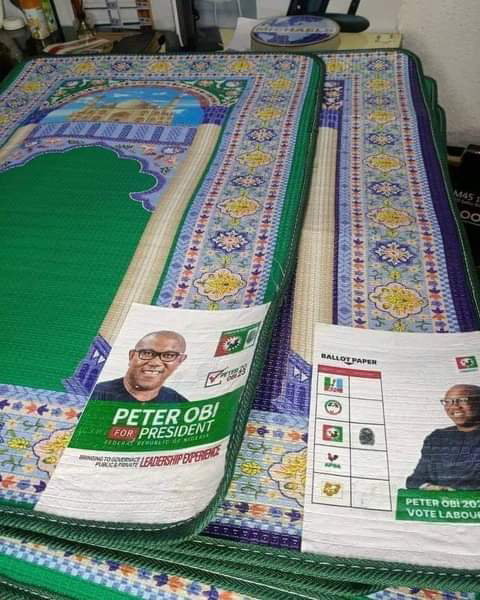 The presidential candidate of the Labour Party, Peter Obi, has issued a disclaimer against campaign posters of himself on Muslim prayer mats. The said prayer mats were made by support groups to be shared as campaign souvenirs to potential Muslim voters. Pictures of the mats went viral on social media, drawing the condemnation of many, especially Muslims whose religion frowns at the use of images on items of worship. Declaring his “deep respect” for the Muslim faith, the former Governor of Anambra State wrote on his Twitter handled that the mats were not from his campaign team. “The inclusion of my picture on the praying mat by a support group was misguided, even with the best of intentions,” he tweeted on Friday. “It didn’t emanate from my campaign team. I have deep respect for the Muslim faith and indeed, for every other religion. We will never mock any faith, ethnicity or gender. We are one Nigeria.” Punch
Post a Comment
Read More
More posts