I Support A Muslim-Muslim Presidential Ticket For APC – Orji Kalu 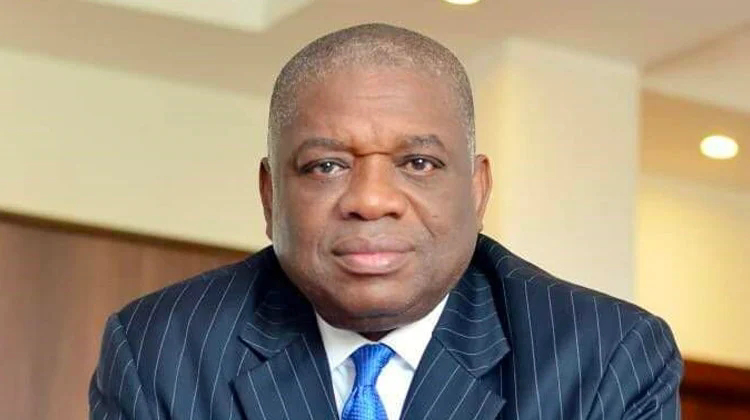 Senator Orji Uzor Kalu, Senate Chief Whip says there is nothing wrong if the All Progressives Congress (APC) decides to field a Muslim-Muslim ticket at the 2023 presidential election.
He told newsmen in Abuja on Wednesday that the paramount issue was for the APC to win the presidential election.
He argued that it was not possible for a southern minority Muslim and a northern minority Christian to win a presidential election in Nigeria.
“Do you want me to speak the truth? If I am Bola Ahmed Tinubu whose wife is a senior pastor at a Pentecostal Church, I will go for a Muslim-Muslim ticket.
“The most important thing is for the party to win. We should stop the issue of whether you put a Christian there or not.
“After all if we win, the wife is already a pastor. This is my own opinion, and you cannot deny me my opinion.
Kalu also told newsmen that the party could also play Christian-Christian ticket, depending on the scenario.
He added that it would be almost difficult for the APC to win the election in 2023 if Tinubu does not play Muslim-Muslim ticket.
“There is nothing wrong in a Muslim-Muslim ticket, just as there is nothing wrong in a Christian-Christian ticket.
“Tinubu is a minority Muslim from the south, and if you pick a Christian from the north, it will be a minority Christian, and you cannot play two minorities; it is difficult.
He said, however that his submissions were not those of the APC, but those of Orji Kalu.
“I sit with Tinubu’s wife in the Senate and the wife is a pastor and I have known Tinubu for long and he is a man who can do the work.
“Tinubu is not a man who preaches Islam or Christianity.
“He is a man who goes with everybody and can do the work, I know that most Christians will be hurt with what I am saying, but picking a Muslim or a Christian will not make him the best president.
“It is his conscience which is an open wound that only truth can heal that matters,’’ Kalu said.
Kalu thanked President Muhammadu Buhari for ensuring a level playing ground for all candidates at the APC’s presidential primary election.
He expressed the belief that his constituency and the Southeast that gave Buhari 68 per cent votes in 2019 election would also extend the same percentage vote to Tinubu come 2023 presidential election.
News