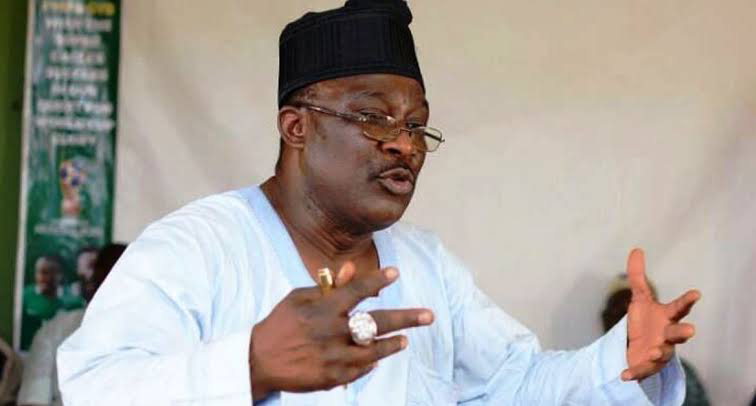 Lawmaker representing Kogi West Senatorial District in the Senate, Smart Adeyemi has accused some individuals which he failed to name as planning to assasinate him and members of his family following his refusal to withdraw from the Senatorial Primaries of the ruling All Progressives Congress (APC) slated for Saturday 28th May 2022.
In an unsigned statement made available to this blog, Adeyemi stated that he was accused of non performance being the reason for the powers that be, in naming an anointed Candidate to take his seat. 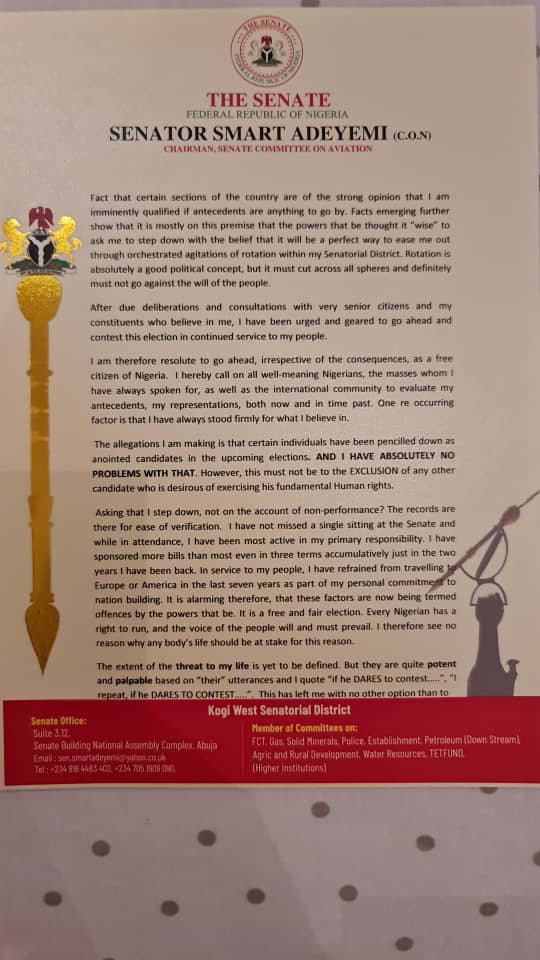 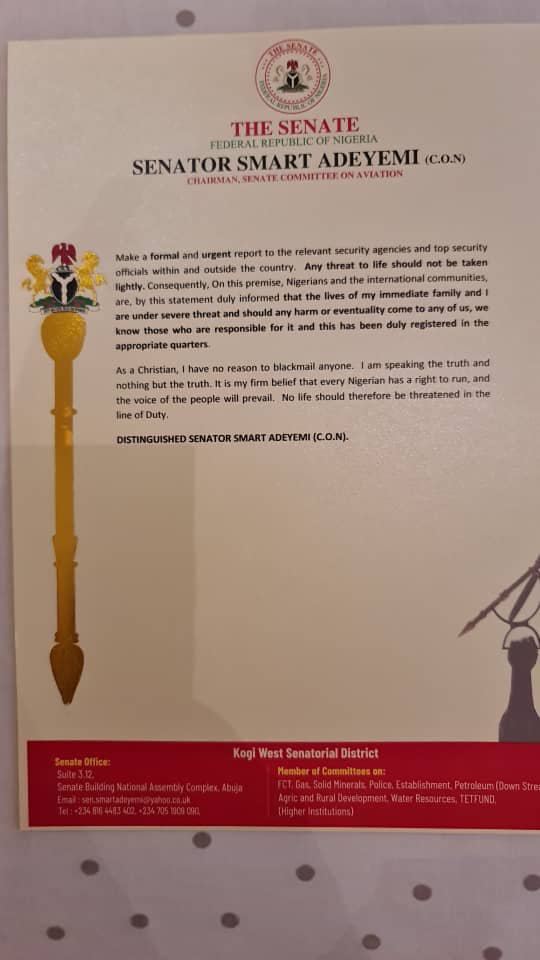