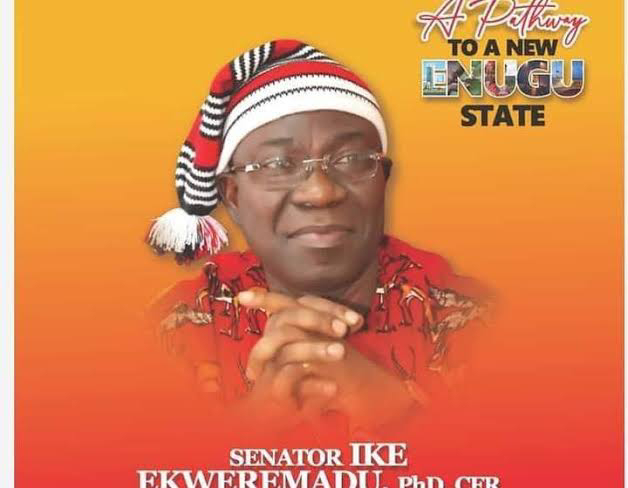 An aspirant for the position of governor of Enugu State under the platform of the People's Democratic Party (PDP) and former Deputy President of the Senate, Senator Ike Ekweremadu has denied media reports which claimed that he has adopted and stepped down for Barr. Peter Mbah as PDP's governorship candidate in the 2023 general election.
Director-General of Ekweremadu's Campaign Organisation, Hon. Charles Asogwa made this known in a terse statement in Enugu.
According to Asogwa the purported withdrawal of Ekweremadu from the race which he described as false was credited to a one time governor of Enugu State,  Senator Jim Nwobodo.
News