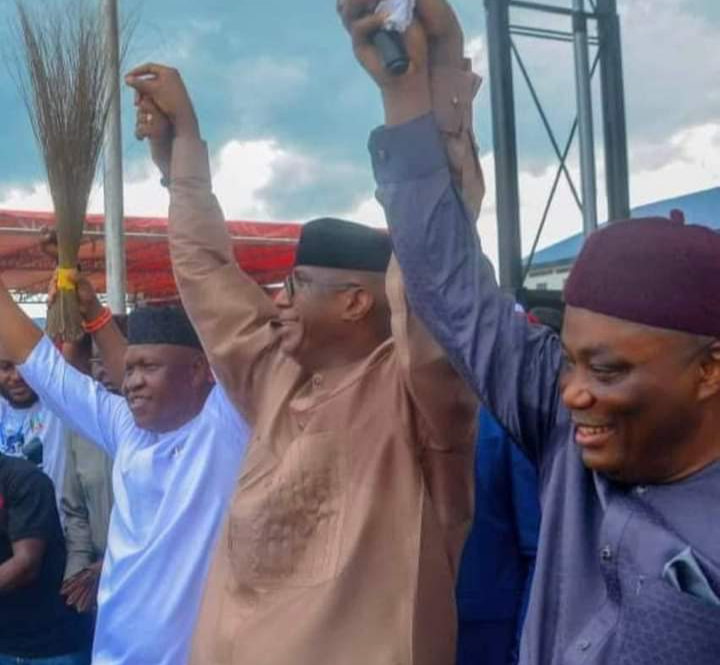 Deputy Senate President, Senator Ovie Omo-Agege,  has emerged winner of the All Progressives Congress (APC) primary election in Asaba, the Delta State capital.
A statement signed by Ima Niboro, Director, Communications and Media Strategy, Ovie Omo-Agege Campaign Organisation stated that Senator Omo-Agege emerged victorious after polling 1,190 votes in the Delta State APC governorship primary election.
The statement added that although Omo-Agege was returned unopposed, delegates reaffirmed their votes in line with the Electoral Act.
Chairperson of the Electoral Committee, Oyibo Nwaneri Esq., congratulated the winner and party delegates on a successful exercise.
Secretary of the Committee, Ambassador Elijah Onyeagba announced that out of the 1,350 adhoc delegates, 1,235 were duly accredited while 1,190 votes were cast for the lawmaker with one void vote.
In his remarks, Delta State Resident Electoral Commissioner (REC), Rev. Monday Udoh Tom described the exercise as credible, peaceful, free and fair.
The event which held at Federal College of Education (Technical), Asaba, was supervised by the Independent National Electoral Commission (INEC), police and State Security Service operatives.
In his acceptance speech, Omo-Agege thanked delegates for reposing confidence in him, assuring that he would not let them down.
Lamenting the neglect of large swathes of the state by the Ifeanyi Okowa-led administration despite the immense resources available to Delta, Senator Omo-Agege said even the core areas on whose back Okowa rose to become an Anioma governor have had nothing to show for their support for his administration.
News