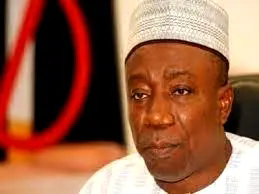 His media aide, Abdullahi Zuru, confirmed this development to Vanguard through the telephone.

His words “Yes it’s true Alieru has joined PDP, but I am in a meeting,  I will call you  back,” he said.

Earlier the former minister  of the  federal  capital territory had sent a letter to the  National chairman of All Progressives  Congress, APC, informing him that he has withdrawn from APC Senate primaries  in  Kebbi.

Alieru alleged that Governor Bagudu has changed  the real delegates and replaced them with fictitious ones hence his  reason to pull out of the contest describing  it as shambolic and fraudulent act.