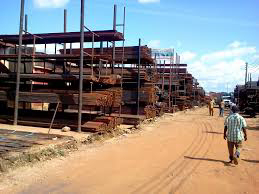 Exactly one week after the violence that erupted at the Dei-Dei International Building Material Market, the FCT Administration today, announced the reopening of the market following consultations.

Recall that the FCTA had Wednesday last week announced the indefinite closure of the market following the clash that broke out at the market where four persons reportedly lost their lives.

However, briefing journalists after a closed door meeting with major stakeholders of Dei-Dei community today, the FCT Minister, Malam Muhammad Bello, announced that the market will re-open for business on Friday, 27th May 2022.

He revealed that the market will going forward, be re-organized and placed under relevant and proper supervision.

In his words, “The conclusion of our meeting is that all the communities agreed that what happened was not a tribal or religious crisis. What happened was just an unfortunate accident that was overtaken by hoodlums in the community who created havoc. The general consensus now is that every community will make sure that miscreants and hoodlums are flushed out”.

Bello added that the meeting equally resolved that many of the structures in the market were erected in violation with the Abuja Masterplan and measures will be taken to correct these anomalies.