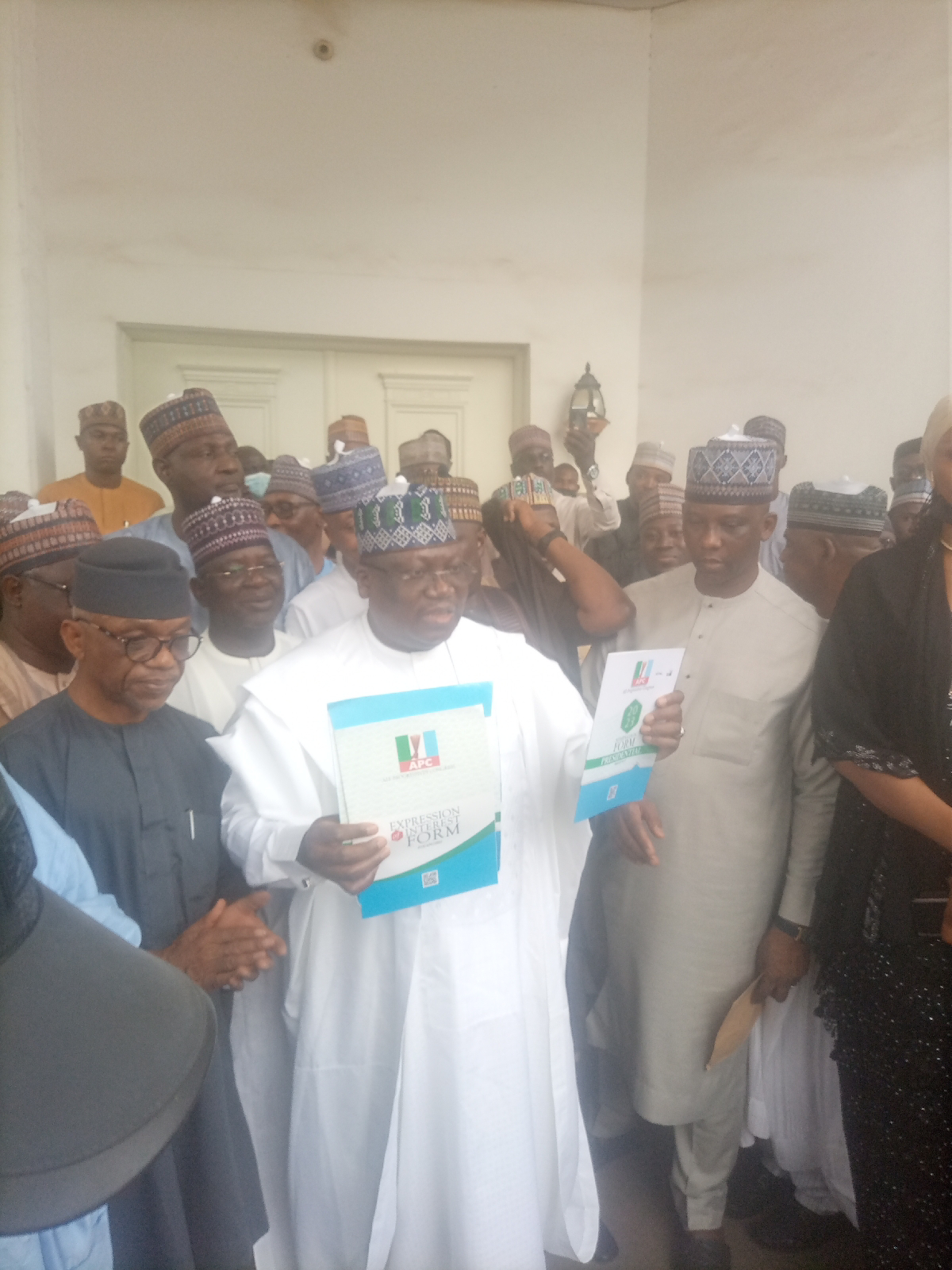 President of the Nigerian Senate Ahmad Lawan has joined the long list of Presidential aspirants seeking the ticket of the All Progressives Congress (APC) for next year's election.
Lawan on Monday received the N100million nomination and expression of interest forms from the National Stability Project, a group of Nigerians who pulled resources together to procure the forms for him.
The group led by Chief Sam Nkire said they bought the form for the Senate President as he is noted for being a stabilizer that is needed by Nigerians at the moment.
He said membership of the National Stability Project cuts across the 36 States  of the Federation and 774 local  government Councils, cutting across the  strata of the Nigerian society in both the public and private sectors.
"After thorough research on all those that have signified their interests in the race vis - a - vis the challenges on ground, we felt that a stabilizer is needed and saw that stabilising factor and qualities in the President of the Senate, Distinguished Senator Ahmad Lawan.
"With him, Nigeria will surely be taken to the next level on all fronts. He has done it in the National Assembly and he will do better if given the opportunity to serve at the highest level", he said.
Accepting the offer, the Senate President described the moment as memorable and Historic and indeed a clarion call to serve.
"Today is a special day with the clarion call made on me to serve by Nigerians through the movement known as National Stability Project.
"Nigeria needs to be taken to the next level on positive templates and I'm ready to help in facilitating that.
"This is our journey, every hand must be on deck. I won't circumvent the rules but will go from door to door for the required buy in of Nigerians on this project.
"I place my trust fully, totally and completely on the Almighty God in my commitment of taking Nigeria to the next level", he said.
He thanked the National Stability Project movement for the call and form procured to that effect and promised not to disappoint them and Nigerians.
A number of Senators who were at the nomination form presentation and Presidential declaration of Ahmad Lawan included the Deputy President of the Senate, Senator Ovie Omo - Agege, the Deputy Whip, Senator Aliyu Sabi Abdullahi,   Senator Sani Musa, Senator Jibrin Barau, Senator Bello Mandiya etc.
News