Reports say the All Progressives Congress (APC) has received N100m for the presidential form of ex-President Goodluck Jonathan.

The account number of the party with the commercial bank was stated as 5600007616.

Heritage Bank, in a letter dated May 9, 2022, notified APC of the receipt of the amount.

The bank’s letter was addressed to APC National Organising Secretary and was co-signed by Heritage Bank Regional Head in Abuja, Daniel Oniko; and the bank’s Experienced Center Manager, Isaiah Ediae.

It read, “We write to confirm that your subject account has been credited with the sum of N30,000,000.00 (Thirty Million Naira Only) being Expression of Interest form for Goodluck Ebele Jonathan for Presidency.

“Please take this as a credit advice of the transaction in this regard.”

A second letter also from the bank informed APC of the receipt of N70m for the Nomination Form for Jonathan. 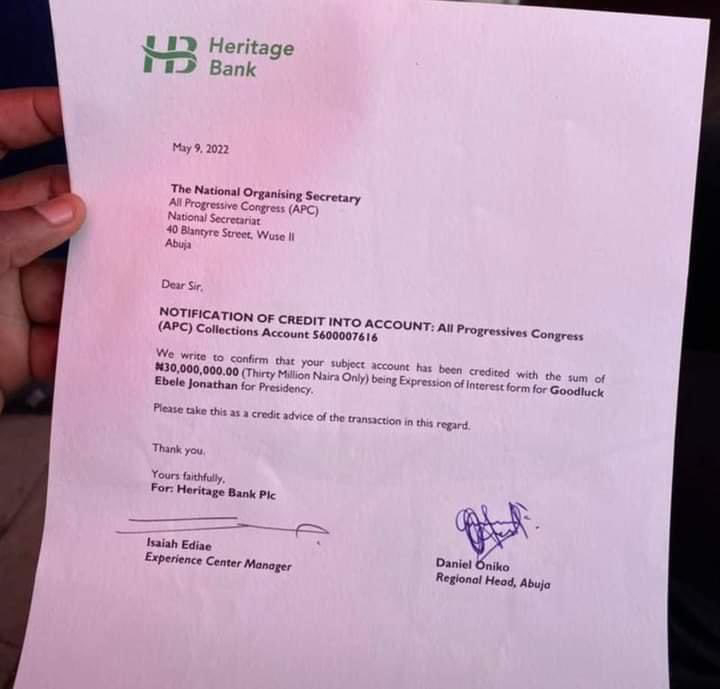 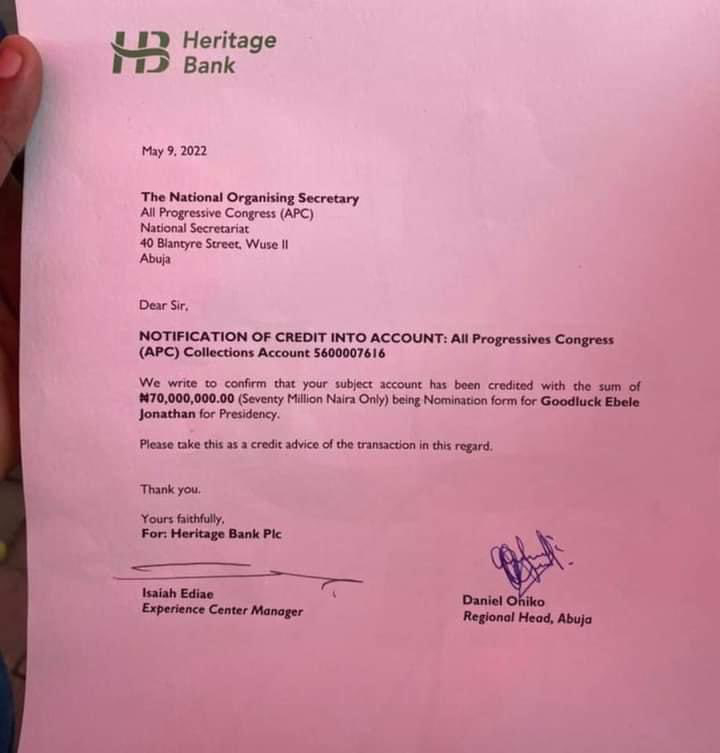 Jonathan, who reportedly became an APC member last year, joined the long list of over 35 aspirants that have picked up APC 2023 presidential forms whose fate would be decided at the party’s convention by end of May.