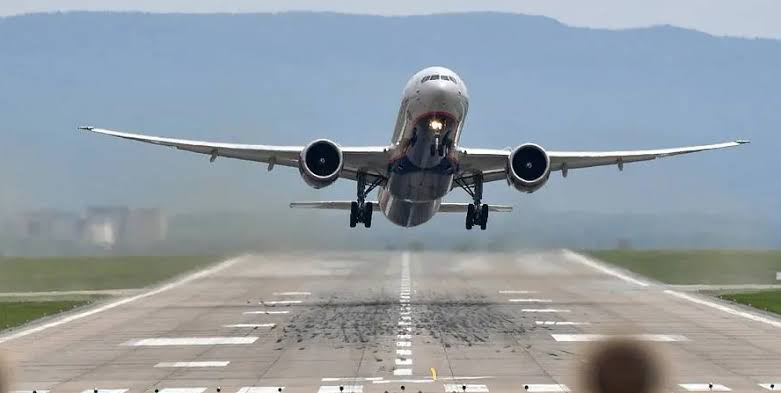 The Airline Operators of Nigeria (AON) has announced the suspension of it's earlier threat to stop operations in the country from Monday 9th May.
In a reversal of it's threat which was contained in a statement, the group said it took the decision in good fate following the intervention of the federal government on the matter.
It would be recalled that AON earlier threatened to stop airline operations in the country following what it described as the escalation in the cost of Jet A1 fuel.
The latest statement which was signed by  Alhaji Abdulmunaf Yunusa Sarina
President of the group and Jointly signed by Alhaji Shehu Wada – Executive Director, Max Air; Dr. Obiora Okonkwo – Chairman, United Nigeria Airlines;  Capt. Roy Ilegbodu – CEO, Arik Air; Capt. Abdullahi Mahmood – CEO, Aero Contractors; Alhaji Faisal Abdulmunaf – MD, Azman Air; Barr. Allen Onyema, Chairman, Air Peace, stated that the group; "wishes to inform the general public that further to numerous calls from the highest echelons in government with promises to urgently intervene in the crises being faced by airlines due to the astronomic and continuously rising cost of JetA1, that the AON has acceded to requests to withdraw the action for the time being while we allow for a fresh round of dialogue with government in the hope of reaching an amicable solution.
"We have also reached this decision with the highest consideration for our esteemed customers who have been faced with uncertainty over the last few days and to enable them to have access to travel to their various destinations for the time being during the period of discussions with relevant authorities.
"In view of the above and in the interest of national economy and security considerations, AON hereby wishes to notify the general public that the earlier announced shutdown of operations on May 9, 2022 is hereby suspended in good fate pending the outcome of hopefully fruitful engagement with government."
News