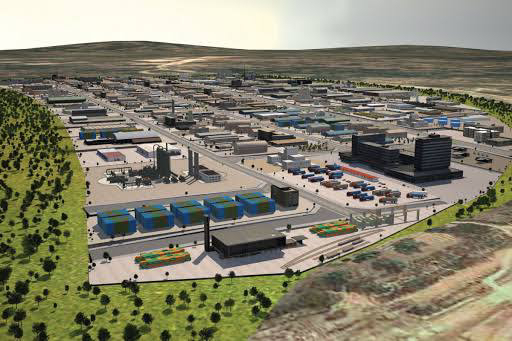 The Senate Tuesday, set machinery in motion for establishment of National Industrial Technology Park by passing for second reading, a bill to that effect.
The proposed legislation titled: "National Industrial Technology Park (Establishment) Bill  2021, is sponsored by Senator Ibikunle Amosun (APC Ogun Central).
Amosun in his lead debate said the establishment of the Industrial Technology Park in Nigeria is imperative as it will go a long way to assist in nurturing Nigerians to be technologically savvy and competitive, as well as serve as a veritable platform for the promotion and commercialisation of research and development.
According to him, the objectives of the Industrial Park shall be (i) Stimulating investment and creating employment
Facilitating export growth and foreign exchange earnings, (ii) Developing industrial clusters, (iii) Eliciting knowledge transfer and technology spillover, (iv) Establishing connections to the global value chain, Development of research centers and (v) Fostering sustainable growth and social equality.
He added that "all over the world, industrial parks are taking the lead as incubators for innovative technology and a circular economy.
"The establishment of Parks, such as this, makes it easier for companies and entrepreneurs to leverage the availability of resources, technical know-how, knowledge and professionalism, which can pave the way for developing and testing business and technology solutions".
He explained further that the establishment of an Industrial Park of this nature will go a long way towards accelerating the process of reforming and diversifying the nation’s economy, by attracting innovative businesses that can generate jobs, higher incomes, and more resources for institutions.
"When this Bill is passed into law, it will bring about technological advancement and technological self-reliance for our nation, thereby making Nigeria an industrial nation. It will also serve as a source of wealth generation and enhancement for investors and governments", he stressed.
All the Senators who contributed to debate on the bill, supported its passage for second reading as they overwhelmingly voted to that effect when put to voice votes by the President of the Senate, Senator Ahmad Lawan.
News