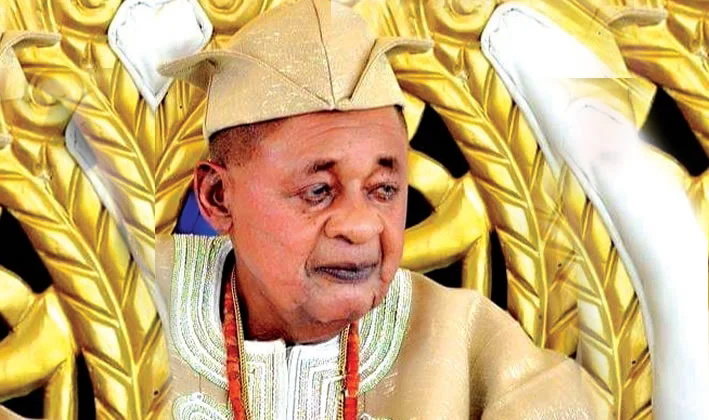 The Senate President, Ahmad Lawan, has described the passing of the Alaafin of Oyo, Oba Lamidi Adeyemi lll, as a great loss to the Yoruba people at home and in the diaspora, and to Nigeria as a nation.
Lawan condoled with the Government and people of Oyo State and the entire Yoruba race over the loss of the great African traditional ruler.
In a statement signed his Special Adviser (Media) Ola Awoniyi, the President of the Senate said; "Oba Adeyemi regally represented the culture and tradition of the Yoruba people and the great history of Oyo Empire, one of the greatest in Africa, especially south of the Sahara.
"Oba Adeyemi, in his long reign, contributed greatly to the social and physical development of the old Western State, Oyo State and entire Nigeria, whether under military rule or in the burgeoning democracy.
"He did this not just as a custodian of Yoruba history, but also as a deeply knowledgeable and wise traditional ruler.
"Oba Adeyemi, to his last day on the throne, attracted respect and reverence for the stool of Alaafin of Oyo due to the way he exhibited the dignity of the Institution.
"His voice of wisdom shall be sorely missed by his subjects, fellow traditional rulers, governments and people across the Nigerian polity.
"I commiserate with his family, the people of Oyo State, the entire Yoruba race and Nigerians in general on the loss of a great African traditional ruler and wish his soul sweet repose," Lawan said.
News