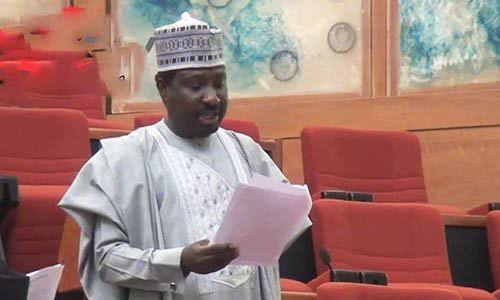 The Chairman, Senate Committee on Appropriations, Senator Jibrin Barau,  has  commended President Muhammadu Buhari for assenting to the bill establishing Federal Polytechnic Kabo in Kano State.
Senator Barau in a personally signed statement Tuesday, said the establishment of the Polytechnic in Kabo which is his home town, will fast track development of the place aside affording knowledge seekers, opportunities for qualitative education.
The statement titled: "Appreciation", reads: "I, Distinguished Senator Barau Jibrin representing the people of Kano North Senatorial District in the Senate of the Federal Republic of Nigeria, heartily thank President Muhamnadu Buhari for the approval given for the establishment of Federal Polytechnic, Kabo in Kano State.
"Myself and the entire people of Kano North Senatorial zone, immensely thank the President for the landmark development brought into the area with attendant multiple multiplier effects.
"Education is surely the bedrock of growth and development of any community which Mr President has been promoting with establishments of series of tertiary institutions across the country since 2019.
"I also commend the Hon Minister of Education, Mallam Adamu Adamu for his untiring efforts in advancing education in this country. We are very grateful to him" the statement concluded.
News