After "Hearing From God" Ngige To Declare Presidential Ambition Tuesday 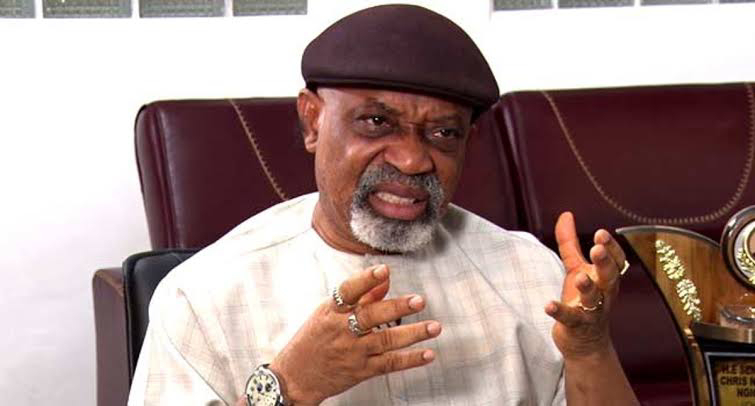 The Minister of Labour and Employment, Chris Ngige, says God has spoken to him about his presidential ambition and he will declare on Tuesday.

Ngige made the statement on Saturday evening when members of the All Progressives Congress (APC) welcomed him at the junction between Anambra and Enugu states.

Speaking to the crowd, who had earlier asked him to declare for the presidency, Ngige said he had consulted, and prayed and God has spoken back to him.

“I want to assure you that the period of Lent ended last night, and throughout the period, we communed with God. We did spiritual exercises and fasted. We talked to God and His Angels and God has talked back to us. God has spoken to me. I want to assure the people that I will not disappoint you. I will speak to you in the language you will understand,” he said.

According to him, as governor of Anambra for 34 months, he achieved more than those who spent eight years in office.

Ngige added that he would replicate that at the national level, if given the opportunity.

He said it is a great mistake for people to compare him with Peter Obi and Willie Obiano, noting that within the 34 months, he did better than them.

Ngige said that he did not only lay the foundation of the new Anambra but he built houses, edifices, schools and other facilities in the state.

He also said that during his tenure as governor, pensions were paid as and when due.

“I want to be your ambassador in Nigeria. We will work as we did in Anambra if the Nigerian people give us a chance. I will work as I did in the senate if Nigerians give us the chance. We will also work as I have been working as a minister of labour and productivity over the years,” he said.

According to Ngige, he has met all the governors in the southeast and they have accepted to support his ambition.