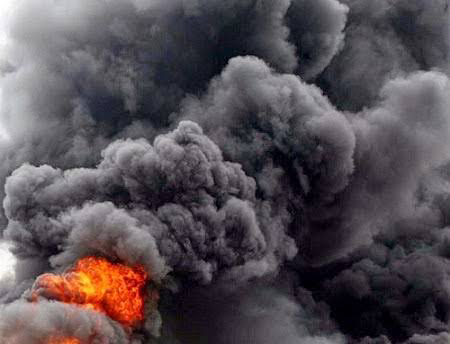 At least seven people were killed in an explosion which occurred  at Iware town in Ardo Kola Local Government Area of Taraba State.

Daily Trust newspaper while quoting an eyewitness, Bulus James, said the bomb exploded when many people gathered at a beer parlour in the area.

According to James, someone threw an object into the bar and fled the scene immediately.

Iware, a town 23 killometers from Jalingo, capital of the state, has a major cattle market, which holds every Tuesday.

There was confusion at the market as a result of the incident as traders fled in different directions.

When contacted, the Police public Relations officer of Taraba Command, DSP Usman Abdullahi, confirmed the incident, saying the command received report from the Divisional Police officer in Sunkani, a nearby town.

Abdullahi stated further that three persons were confirmed dead and nineteen others sustained  serious injuries in the incident.

He  said the injured were taken to Federal Medical Center, Jalingo, where they were receiving treatment.