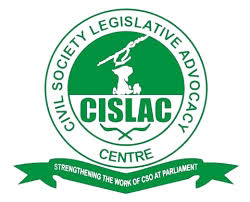 The Civil Society Legislative Advocacy Centre (CISLAC), Transparency International (TI) Nigeria have expressed total disappointment over the pardon granted to some corrupt politicians who were convicted by the Nigerian Judicial System.
In reaction to the recent pardon granted by the Council of State to the former governors of Taraba state Jolly Nyame and Joshua Dariye of Plateau state, the Executive Director of CISLAC Auwal Rafsanjani in a statement said the pardon was worrisome.
According to the statement; "We are worried about the effect such ill-thought political pardon will have on the anti-corruption efforts, which constitutes the major agenda and commitment of the current administration.
"We find some of names recommended by the Presidential Advisory Committee on the Prerogative of Mercy which is headed by the Minister of Justice and Attorney-General of the federation questionable and the mere fact that citizens cannot get the full list of the over 150 persons pardoned shows a lack of transparency on the process.
"This trend of shielding Politically Exposed Persons from accounting for their actions is disturbing. Recall that in 2019, the Ministry of Justice filed a nolle prosequi to strike out high profile cases. An example of this was that of senator Danjuma Goje alongside a former Executive Chairman of Gombe State Universal Basic Education Board, Mr. Aliyu El-Nafaty in 2019.
"Coupled with  corruption allegation in the judicial system, this pardon shows how bad Nigeria’s anti-corruption efforts is and it comes barely a week after the United States government released it’s ‘2021 Country Reports on Human Rights Practices in Nigeria’ where it accused Independent Corrupt Practices and other related Offences Commission (ICPC) and the Economic and Financial Crimes Commission (EFCC) of focusing on low-and midlevel government officials. The pardon further confirms the poor rating of Nigeria on different global indexes and reports like the Corruption Perception Index and the Afro barometer corruption survey which have reported an increase in corruption in Nigeria.
"Without doubt, the official pardon basically targeted at political settlement is indeed a major setback to our nation’s progress and achievements in the fight against corruption, while validating public perception of the administration’s reported disproportionate and lop-sided fight against corruption in the country.
"This move goes further to demoralize our anti-corruption agencies who are already facing challenges prosecuting high profile cases of corruption. Some of these cases took over ten years to conclude and with lots of resources committed. In one case for example, a witness had to be flown from the United Kingdom to Nigeria at different times with funds from taxpayers. Furthermore, operatives of anti-corruption agencies had to put their lives at risk even to the point of facing physical attacks while these cases were on and suddenly, we read that these individuals have been pardoned.
"This pardon also fails the test of fairness and equity when we consider the poor citizens who have been convicted and are in prison for less crimes. Hence, we call for an extension of such pardon to common Nigerians awaiting trial, forgotten, or abandoned in jails for trivial offences across the country.
"It is important to state that when convicted individuals who looted billions of naira are released, there is no way that the international community will take Nigeria’s anti-corruption efforts seriously, especially when attempts are being made to recover stolen assets outside the country.
"We sincerely hope the processes and objectives of such Presidential pardon will be re-examined and made transparent to avoid bad precedence, especially as the nation moves towards political transition in the 2023 general elections."
News