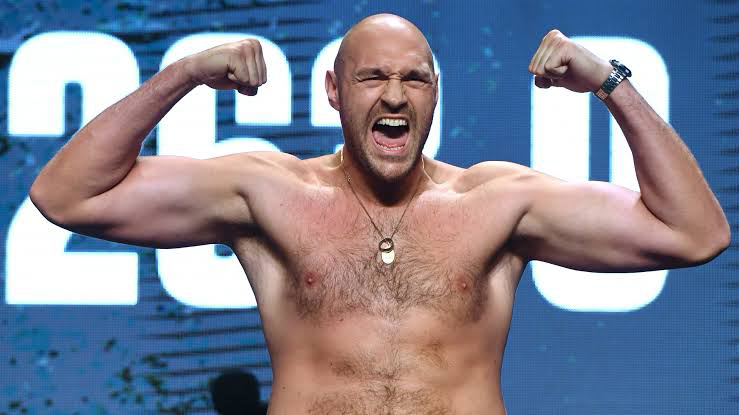 Britain's heavyweight world champion Tyson Fury says he will retire after the defence of his WBC title against Dillian Whyte in April.

The unbeaten 33-year-old is a two-time world champion, winning 31 of 32 professional fights.

He drew with American Deontay Wilder in the first of their three fights, before winning the second and third bouts.

Asked whether he would call time on his career after fighting Whyte at Wembley Stadium on 23 April, Fury said: "100%."

Fury says compatriot Whyte is "terrified" after the Londoner missed the pair's news conference for their fight.

Whyte is the mandatory challenger to Fury's WBC title and is believed to be in preparation in Portugal.

Whyte is only getting 20% of the fight purse and there was speculation he was seeking to renegotiate terms before signing his contract last week.

But Fury's promoter Frank Warren argued the 33-year-old was getting a career-high pay-day.