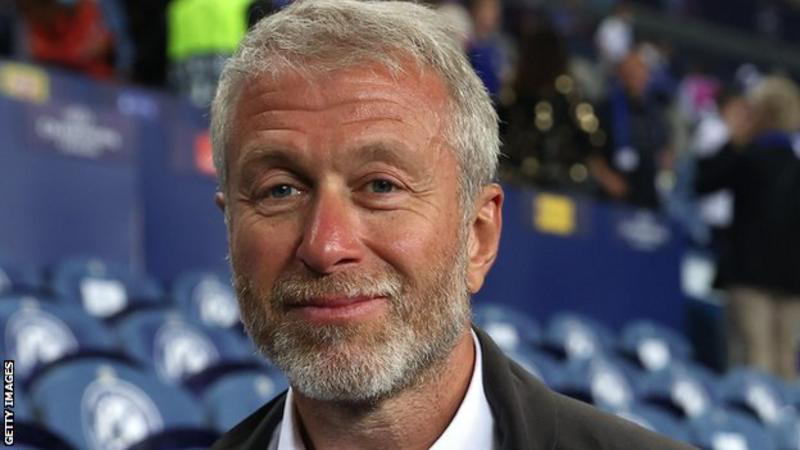 Roman Abramovich's attempt to sell Chelsea has been halted after the oligarch was sanctioned by the UK government as part of its response to Russia's invasion of Ukraine.

The Russian put the European Champions up for sale after the threat of sanctions was raised in Parliament.

The freezing of Abramovich's assets, which include Chelsea, means the club cannot sell further match tickets.

The move is intended to stop Abramovich making money from Chelsea.

The government has issued a special licence that will allow fixtures to be fulfilled, staff to be paid and existing ticket-holders to attend matches.

Chelsea have said they "intend to engage in discussions" with the government and will seek amendments to the special licence to "allow the club to operate as normal as possible".

Meanwhile, Chelsea's shirt sponsor, telecommunications company Three, has requested that the Blues "temporarily suspend" its deal with the club.

Three has asked for "the removal of our brand from shirts and around the stadium until further notice".

The company added: "We recognise that this decision will impact the many Chelsea fans who follow their team passionately.

"However, we feel that given the circumstances, and the government sanction that is in place, it is the right thing to do."

Chelsea will be unable to buy or sell players, or offer new contracts, while the sanctions are imposed on Abramovich. Chelsea-owned players who are on loan at other clubs will be able to continue to play for those clubs.