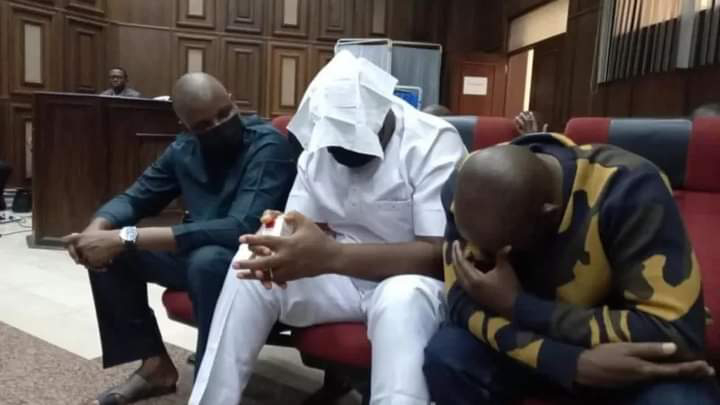 Those charged with Kyari are ACP Sunday Ubua, ASP Bawa James, Inspectors Simon Agirigba, John Nuhu, while ASP John Umoru is said to be at large.

Kyari was declared wanted by the NDLEA after it obtained video footage of him negotiating a drug deal with its investigators.

The other defendants were arrested on January 19 at the Akanu Ibiam International Airport, Enugu that they have admitted to being drug couriers.

In the charges, Abba Kyari, ACP Sunday Ubua, ASP Bawa James, Inspector Simon Agirigba, and Inspector John Nuhu, all of the Intelligence Response Team (IRT) were said to have dealt in 17.55 kilogrammes of cocaine between January 19 and 25 and committed an offence contrary to and punishable under section 14(b) of the NDLEA Act, CAP 30 Laws of the Federation of Nigeria 2004.

Umeibe and Ezenwanne were alleged to have unlawfully imported 21.35 kilogrammes of cocaine on or about the 25th January 2022 at Akanu Ibiam International Airport, Enugu, Nigeria, which is an offence contrary to and punishable under section 11(a) of the NDLEA ACT CAP N30 Laws of the Federation of Nigeria 2004.

Count eight reads, “That you DCP Abba Kyari, on or about 25th January 2022, at a restaurant on Port Harcourt Crescent, Area 11, Garki Abuja, within the jurisdiction of the court, attempted to obstruct the agency and its authorised officers in the exercise of their duties by offering the sum of USD 61,400.00 USD (sixty-one thousand, four hundred United States of America Dollars) to a senior officer of the agency as an inducement to prevent the testing of the 17.55kilogrammes of substance used to replace the cocaine seized from Chibunna Patrick Umeibe and Emeka Alphonsus Ezenwanne and thereby committed an offence contrary to section 23 and punishable under section 49 of the National Drug Law Enforcement Agency Act Cap N30 Laws of the Federation of Nigeria 2004.”