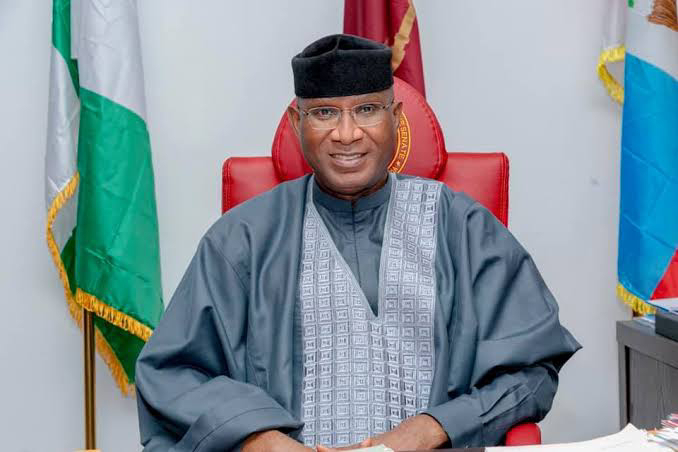 For signing the Electoral Act Amendment Bill into law, President Muhammadu Buhari has written his name in gold, Deputy President of the Senate, Senator Ovie Omo-Agege has said.
Reacting to the signing of the Electoral Bill by President Buhari on Friday, Senator Omo-Agege expressed delight that the country would go into the next general election with a new electoral legal framework.
A statement signed by Yomi Odunuga, the Special Adviser, Media and Publicity to the Deputy Senate President said Mr. President's assent has removed uncertainty concerning the conduct of the 2023 general elections, stressing that the new law addresses many loopholes in Nigeria's electoral system.
He recalled that although the process under the Eighth Senate was fraught with mutual suspicions and bitterness, electoral reform for the Ninth National Assembly remains a priority in its legislative agenda.
"The 9th Senate had promised to bequeath a lasting legacy to Nigerians. Today's development adds to the list of historic legislations that have defiled previous Assemblies, which the 9th Senate has passed. They include: the Deep Offshore and Inland Basin Production Sharing Contract (Amendment) Act, Petroleum Industry Act, Company And Allied Matters Act and a host of others.
"Without a doubt, a good legal framework helps to create elections with integrity and electoral integrity helps to enhance democratic consolidation and the preparation and conduct of elections democratically.
"The signing of the bill into law would ensure early release of election funds to the Independent National Electoral Commission (INEC), electronic voter accreditation and transmission of results, procedures for local government elections across the country are regulated by the new Electoral Act, early conduct of party primaries and submission of candidates’ list, early commencement of campaigns among others," he said.
News