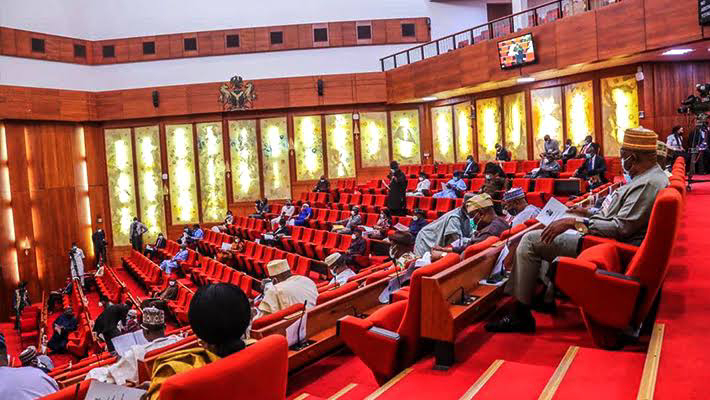 The Senate has passed for first reading, the Advanced Rent for residential apartments, office spaces etc Bill 2022.
The Bill sponsored by Senator Smart Adeyemi representing Kogi West Senatorial district, seeks to make it mandatory for landlords in Abuja to stop collecting one year and in some cases two year rent.
Addressing newsmen shortly after Tuesday's plenary, the lawmaker said the reason for setting up the Bill is to reduce the stress poor Nigerians go through in assessing accommodation.
He said the proposed law demands that landlords collect three months rent from new tenants after which monthly rent will be collected instead of the usual annual rent.
Senator Adeyemi also stated that the 9th Senate is committed to ensuring that the Bill is passed and will not succumb to Intimidation from property owners who are already jittery following the announcement of the first reading of the Bill.
He urged the various states of the federation to domesticate the law when it is passed, as the National Assembly cannot legislate on the issue for the states except the Federal Capital Territory where it is constitutionally mandated to make laws for the administration of the Territory.
The Bill still has to scale through second reading after which a public hearing will be organised for stakeholders to discuss it's viability or otherwise.
The passage of the Bill will then require the assent of the President before it will be officially made law.
News