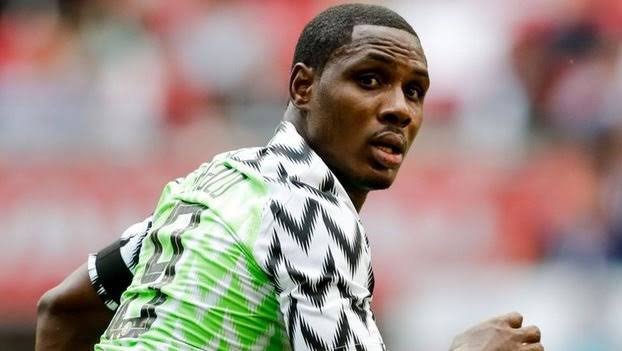 Super Eagles coach Gernot Rohr has lived up to his word by recalling Odion Ighalo to the national team for the upcoming World Cup qualifying matches against Liberia and Cape Verde.

Ighalo, 32, retired from the Nigerian senior national football team after helping the Super Eagles to a third-place finish at the 2019 AFCON in Egypt where he emerged as the top scorer.

The Saudi-Arabia based striker is among the 23 players invited for the November games in the race for qualification for Qatar 2022.

Before his retirement, Ighalo scored 16 goals in 35 games for the Super Eagles.

Though aware of the plans to bring him back to the national team, Ighalo in a recent interview said he is yet to make a decision on whether he would accept the ‘plea’ for a return.

The duo of Moses Simon and Victor Osumhen, as well as 16 others, are also in the mix for Nigeria’s closing Group C games of the FIFA World Cup Qatar 2022 African race against Liberia and Cape Verde this month.