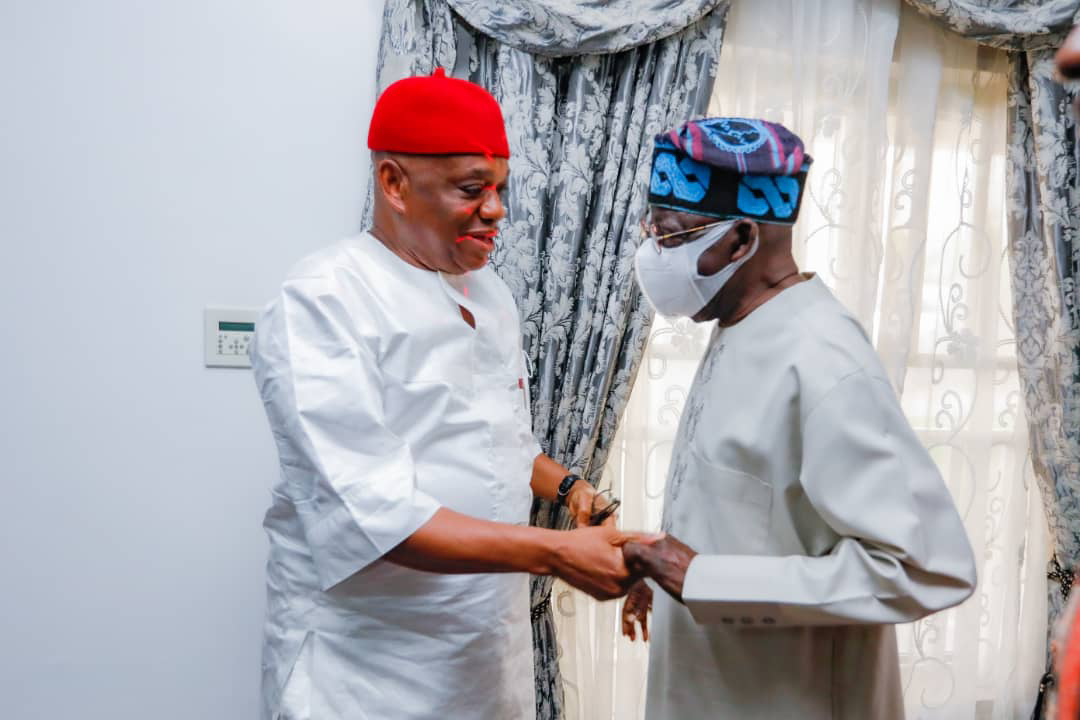 Former Governor of Lagos State and Chieftain of the All Progressive's Congress (APC) Bola Tinubu has visited the Aso-Villa, Abuja Home of the former Governor of Abia State and current Chief Whip of the Senate, Senator Orji Uzor Kalu.
Tinubu arrived at Kalu's residence at exactly 4:25 PM Both men hugged one another, exchanged cordial pleasantries and proceeded for an indoor meeting.
Reports gathered that Shortly before they engaged in the meeting; Kalu expressed his gratitude to God for Tinubu's speedy recovery.
It would be recalled that the former Lagos state governor returned to Nigeria on October 8 after spending months in London, where he underwent knee surgery.
The reason for their meeting is not yet known to newsmen but it might not be unconnected with political and economic reasons.
The visit comes amidst talks that both men are being strongly positioned for the 2023 presidency to succeed the incumbent President Buhari.
Both men were  former Governors of their respective states within the same tenure. While Tinubu was a former Senator, Orji Uzor Kalu is the current Senator representing Abia North Senatorial District in the 9th Senate.
News