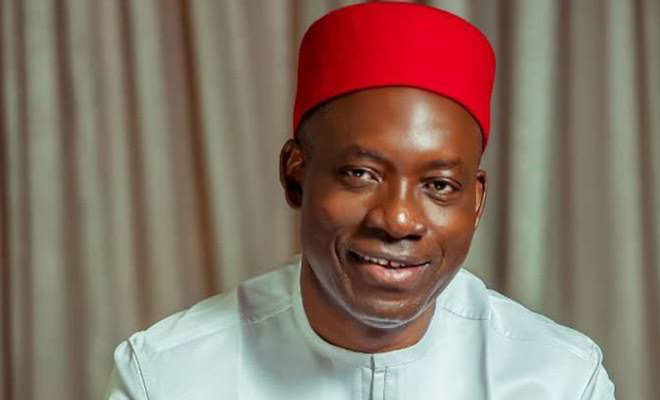 Former Governor of the Central Bank of Nigeria, CBN, and candidate of the All Progressives Grand Alliance, APGA, Charles Chukwuma Soludo, has won the Anambra governorship election, polling a total of 112,229 votes.

APGA scored the most votes in the Ihiala supplementary election that held on Tuesday.

Recall that voting was extended to Tuesday to allow voting take place in Ihiala LGA, which was the only local government left.

His closest rival, Mr. Val Ozigbo of the Peoples Democratic Party, PDP, came second with 53,807 votes, while the candidate of All Progressives Congress, APC, came third with 43,285.

The supplementary election held in Ihiala local government area on Tuesday was also won by Soludo who polled 8,283 votes, while Ozigbo polled 2,485 votes.

The collation officer for Ihiala, Dr. Jarma Anagbogu of the University of Calabar, UNICAL, who announced the result from Ihiala, said there was no election in Orsumoghu and Lilu communities because of security challenges.

Anagbogu said: “In the process of the election, we received report that there was resistance in Orsumoghu and Lilu.

“INEC had deployed staff to the communities, but they could not enter.”