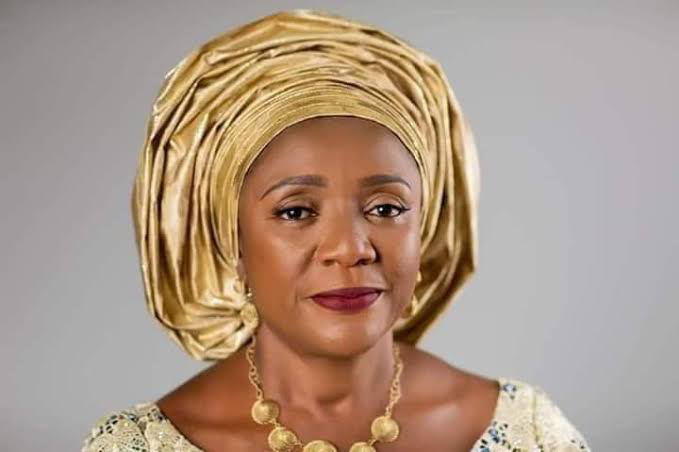 The lawmaker representing Rivers West in the Senate, Betty Apiafi has expressed sadness over what she described as the sorry state of some institutions in Nigeria dedicated to the affairs of women.

She named the National Centre for Women Development (NCWD) situated at the Central Business District, Abuja as one of such institutions which she said had been dilapidated for sometime now.

Senator Apiafi who is of the People's Democratic Party and Chairman, Senate Committee on Women Affairs, lamented that men have virtually taken over positions in institutions specifically meant for gender matters such as the Ministry of Women Affairs and the Centre for Women Development amongst others.

The Centre for Women Development which is located opposite the Head Office of the Central Bank of Nigeria (CBN), was established in 1992 as development - driven  research and policy formulation as well as Gender and Capacity Building Centre for women, particularly during the Better Life for Rural Women Programme of the late former First Lady Mrs. Maryam Babangida era.

At it's establishment about 30 years ago, the centre had one of the State of the Art edifices that made Abuja thick particularly its 500 seater Auditorium.

Lamenting on the sorry state of the Centre while fielding questions from journalists on Thursday after submitting the 2022 budget proposals for the Ministry of Women Affairs to the appropriation committee,  Senator Apiafi, said no money was earmarked for renovation  of the Centre despite its dilapidated state.

"During the 2022 budget submission to the appropriation committee, a passionate appeal was made by me for the Committee to look for money for the required rehabilitation of the Centre.

"It is worrisome that out of the N5 billion earmarked for the Ministry in the 2022 budget, nothing was allocated for rehabilitation work at the centre", she lamented.

is required for money to be made available to rehabilitate the Centre. Attention, she added, will be focused on grants gotten from foreign donors, for the task.

According to her, the focus of the Women Affairs Ministry is on enhancement of welfare of the rural women who based on happenings in the country, are the most vulnerable.

"Despite being the most vulnerable or at the receiving end of all manner of unpleasantries in the country, gains of policies and programmes rolled out by both the federal and State governments, hardly get to them (rural women).

"For instance, how many of the Houses built for the rehabilitated people from IDPs centres in Borno State, will be allocated to women? How many of the poverty - alleviating interventions being made by the Ministry of Humanitarian Affairs,  Disaster Management and Social Development, will be benefitted by women", she asked.

"Event on Gender only areas, men are still lording it over women as they are more in number when you go to Ministry of Women Affairs or Centre for Women Development as far as staffing is concerned", she added.