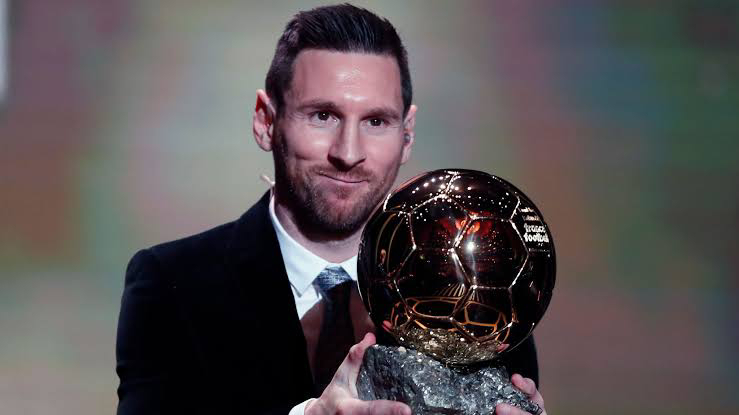 Paris St-Germain and Argentina forward Lionel Messi won the Ballon d'Or - awarded to the best footballer of the year - for a record seventh time.

Messi, 34, helped his country win the Copa America, his first international honour, and has scored 40 goals in 2021 - 28 for Barcelona, four for Paris St-Germain and eight for Argentina.

The Ballon d'Or is voted for by 180 journalists from around the world, although there was no award in 2020 because of the coronavirus pandemic.

Either Messi or Cristiano Ronaldo (five wins) collected the award every year from 2008 to 2019, apart from in 2018 when Croatia midfielder Luka Modric won it.