Many Trapped As High Rise Building Collapses in Lagos 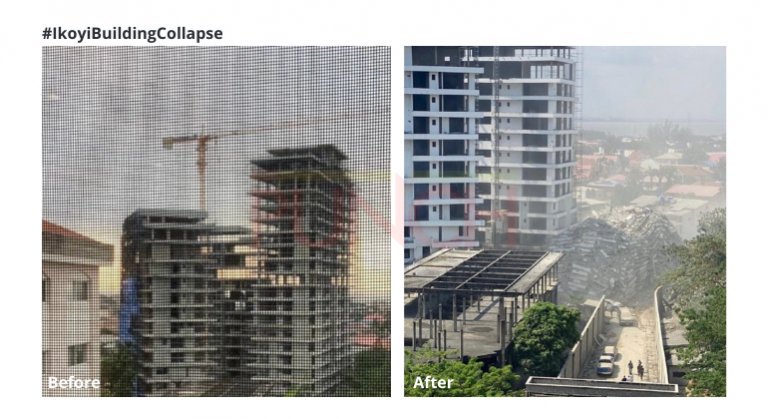 Many people are feared trapped as a building collapsed in the Ikoyi area of Lagos State on Monday.

It was learnt that the incident happened a few minutes past 2 pm.

The spokesperson for the Lagos State Emergency Agency, Nosa Okunbo, confirmed the collapse, saying, “A 25-storey building collapsed by Musliu Junction, Ikoyi, Lagos. LASEMA is on top of the situation.”

Also, the Director-General of LASEMA, Dr Olufemi Oke-Osanyintolu, noted that heavy-duty equipment and life detection equipment have been deployed to the scene.

While giving an update, Oke-Osanyintolu said, “Collapsed Building at Gerard Road, Ikoyi: The agency has activated its emergency response plan to the above incident.

“All first responders are en route to secure the scene while the heavy-duty equipment and life detection equipment have been dispatched.”