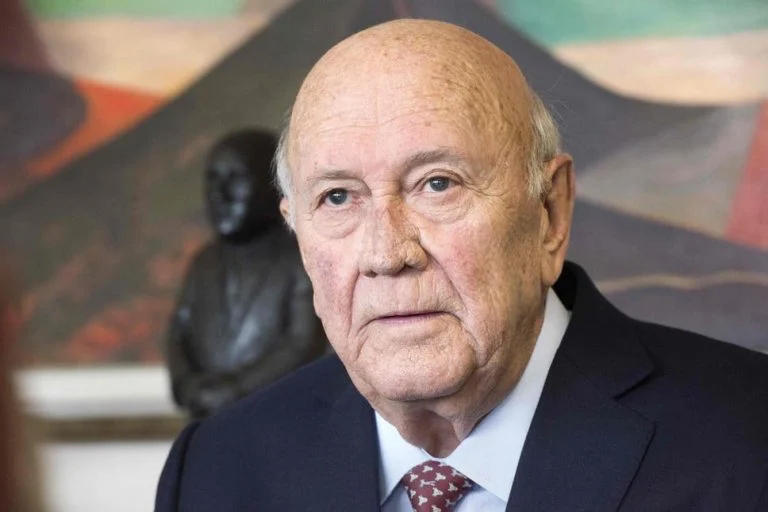 He died after a battle with cancer, his foundation said in a statement.

De Klerk had announced his diagnosis on his 85th birthday, on March 18 this year.

“It is with the deepest sadness that the FW de Klerk Foundation must announce that former president FW de Klerk died peacefully at his home in Fresnaye earlier this morning following his struggle against mesothelioma cancer,” it said.

He is survived by his wife Elita, children Jan and Susan, and grandchildren.