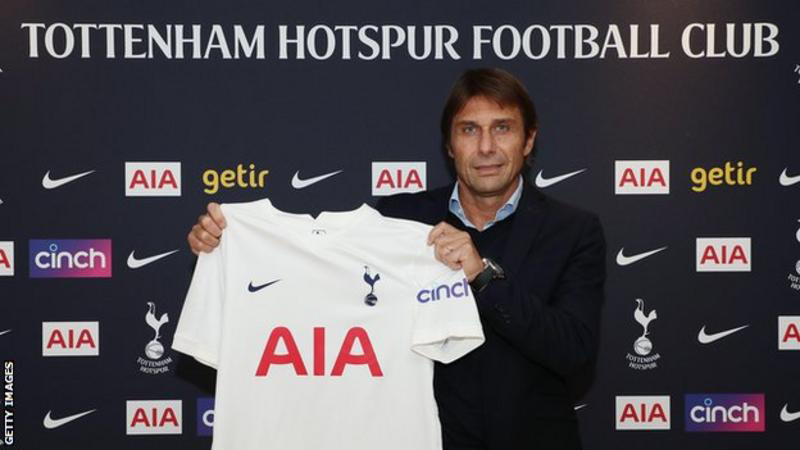 The Premier League club sacked Nuno Espirito Santo on Monday after just 17 games, with Spurs eighth in the table.

Tottenham says there is "an option to extend" 52-year-old Conte's deal with them.

"I am extremely happy to return to coaching, and to do so at a Premier League club that has the ambition to be a protagonist again," said Conte.

The Italian returns to London after winning the Premier League in his first season at Chelsea (2016-17) and the FA Cup in his second before being sacked in 2018.