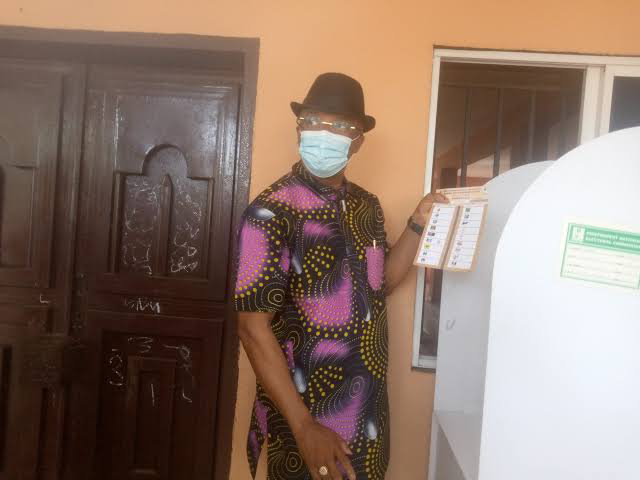 Dr Nkem Okeke,  Anambra state Deputy Governor, displayed his ballot paper to other voters on Saturday before casting his vote.

He said that he did this to dispel the rumour making the round that he had re-defected to his former party, the All Progressives Grand Alliance (APGA).

“I had to reveal my ballot paper because there have been rumors that I had defected back to APGA, but that is not true. You just saw that I voted for my party, APC,” he said.

Dr  expressed satisfaction at the new technology, the Biometric Voters Accreditation System (BVAS), introduced by INEC at the on-going governorship election in the state.

The high turnout of voters delayed the deputy governor for some time before he could cast his vote.