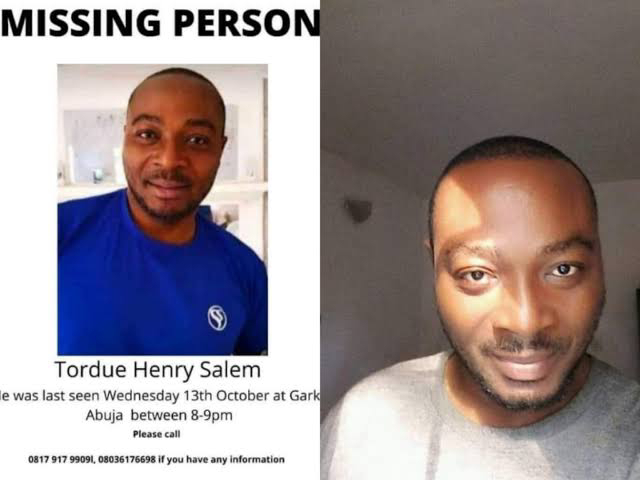 The Nigeria Union of Journalists, FCT Council, has tasked security agencies in the nation’s capital, Abuja, to be decisive in locating Mr. Tordue Salem, a journalist.
Salem, who works with Vanguard Newspapers and covers the House of Representatives, has not been seen, heard from or reached since Wednesday, October 13.
The Tiv native was reportedly sighted on the evening on the day he was last seen after which he seemed to have disappeared.
The NUJ FCT in a statement on Sunday tasked the police and DSS to unravel the mystery surrounding Mr. Salem's whereabouts.
"For all us journalists in Abuja, we have been on edge these past few days over the mysterious disappearance of our colleague and friend, Mr. Tordue Salem.
"It is worrying that an adult will simply varnish into thin air without a trace. This is unacceptable and we urge the police and DSS to rise up to the occasion and provide answers to this troubling situation," the statement signed by Emmanuel Ogbeche and Ochiaka Ugwu, chairman and secretary, respectively, read.
The NUJ officials called fellow journalists to remain hopeful, prayerful and offer any leads that could prove useful in resolving the impasse.
News