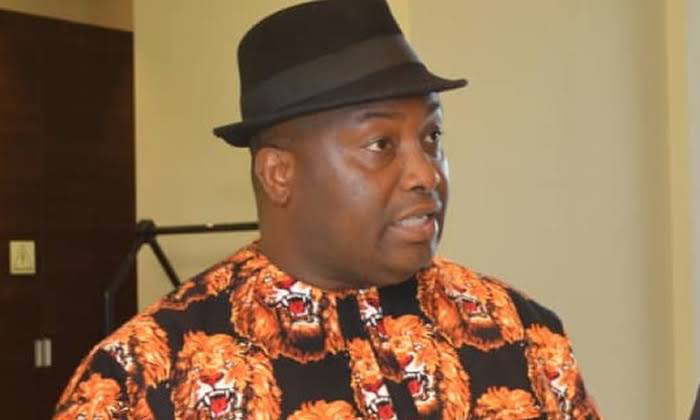 The candidate of the Young Progressives Party for the November 6, 2021 Governorship Election in Anambra State, Senator Ifeanyi Ubah, has confirmed that over 400, 000 eligible voters were captured in the biometric registration exercise recently concluded by the YPP.
Senator Ubah, who is representing Anambra South in the Senate stated this in Abuja during an interactive session with journalists, as part of activities to mark his 50th birthday celebration this Friday.
The Senator said the YPP embarked on the exercise in order to have a scientific data of all its loyal and committed  members in the state who are ready to identify with the party and its candidate.
He described the registration exercise as peaceful, orderly and rancour-free because the members comported themselves across the state.
According to him, over 150, 000 members out of the 400,000 on the register have so far been captured electronically.
He assured the people of the state that the full biometric capturing of all members would be completed before the election.
Senator Ubah said, "We have been able to register 400, 000 people manually but so so far, we have over 150, 000 recorded electronically. The process of ensuring that all members are recorded electronically would be completed before the election.
"We want to be sure of the actual numbers of our party members. Anybody coming to sit for four hours to get captured in the biometric registration must definitely be a serious  party member."
He pledged to continue to serve God and humanity for having the privileges of achieving so much as a young man despite his humble background.
"I feel great and thank God for his grace by sparing my life to witness my 50th birthday. Looking back to see what God had made me to achieve in life, gives me a lot of joy. I will continue to serve God and humanity." he concluded.
News