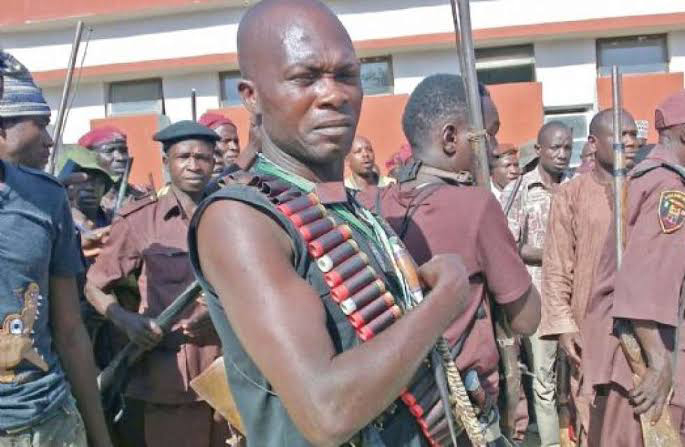 The Police in Adamawa have confirmed the killing of a kidnapper by vigilantes, while trying to collect ransom from the family of an abductee.

Police spokesman, DSP Sulaiman Nguroje, who confirmed the development to newsmen on Wednesday, in Yola, added that the incident occurred on Aug. 26 in Song Local Government Area of the state.

”The State command received a report  from the Police Division in Song LGA on 26 August, 2021, that a suspected kidnapper was killed while trying to collect ransom”, Nguroje said.

He said the command was investigating the matter, but a credible source and member of the vigilance group in Murke village, Song LGA, said that on Aug. 20, a gang of suspected criminals, believed to be kidnappers, invaded Balms community.

The source said that during the attack, the criminals stormed the residence of one Bakomi Andrawus, where they shot and killed him instantly.

”She spent six days in captivity with the suspects while they demanded two million naira ransom before they will release her.

”The family of the deceased, while preparing for the burial of late Bakomi, taxed themselves and raised the sum of N170, 000, in order to secure the release of the girl”, the source said, adding that the family pleaded with the abductors and they agreed to collect whatever amount was raised.

He said the kidnappers directed representatives of the family to take the money to a particular place in the bush for collection.

”Considering the plight of the deceased family, the vigilantes resolved to confront the kidnappers. So, they laid ambush on the kidnappers who came out from a  bush  at around 8:30pm on the fateful day, to collect the ransom.

According to the source, the runaway suspect was pursued, apprehended and shot dead, while the victim, Queen  was successfully freed