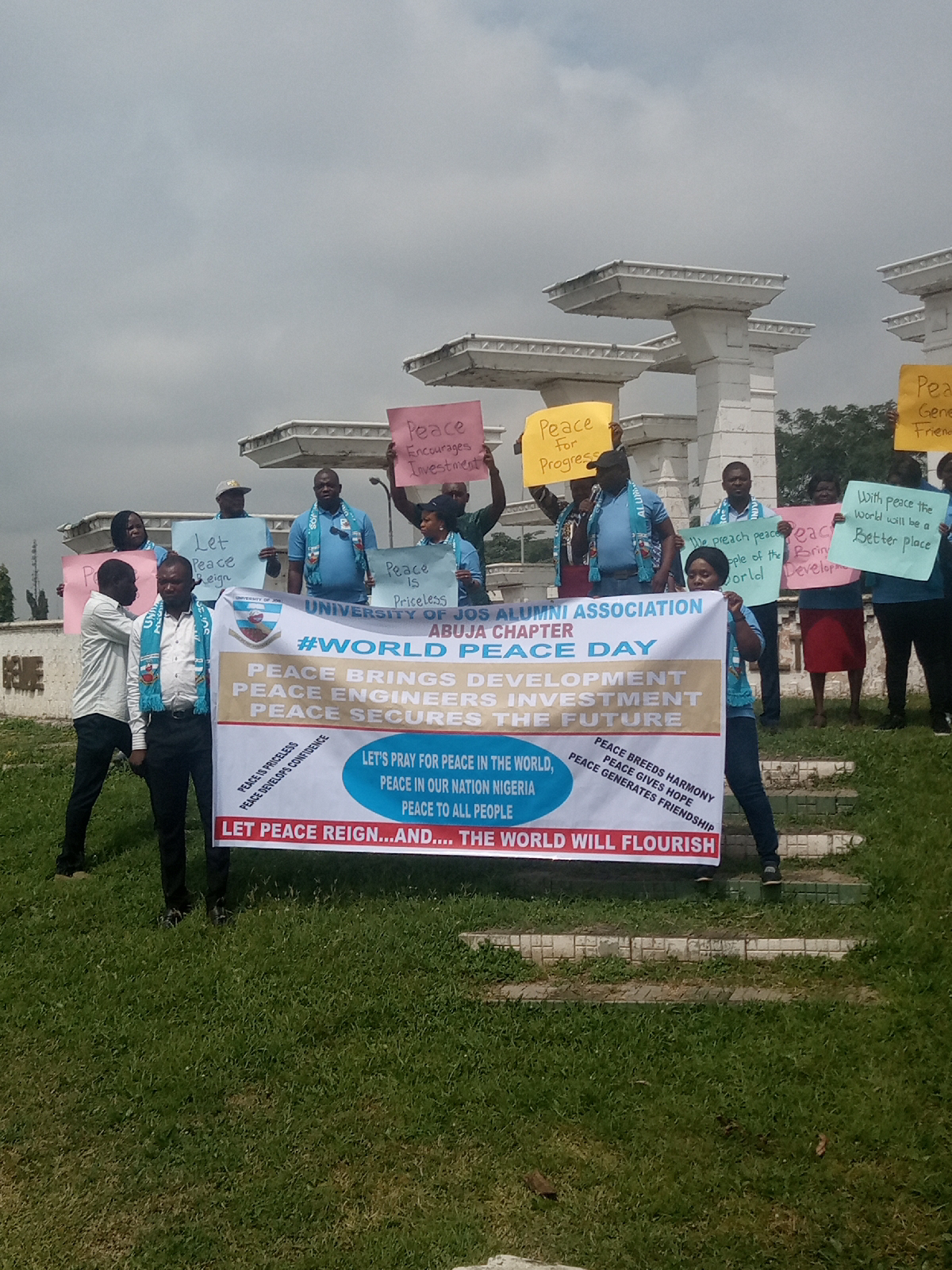 The Alumni Association of the University of Jos, Abuja Chapter have urged the federal and Plateau state governments to provide a special security arrangement for staff and students of the University of Jos in order to curtail the wanton killings in the institution.
Speaking to newsmen in Abuja, the Chapter Chairman of the Association, Chukwu Joseph who led other members on a peace walk at the Unity Fountain, said the institution has lost three academic sessions as a result of the insecurity in the Plateau.
The Old students of the University of Jos in Plateau state are using the opportunity of this year's International day of peace to draw the attention of the federal government and the world to what they described as unprovoked attacks on staff and students of the institution whenever there is a crisis in Plateau state.
The old students gathered at the Unity Fountain in Abuja where they appealed to the federal government to come to the aid of the institution by providing adequate security for staff and students.
Chairman of the Abuja Chapter of the Association, Chukwu Joseph, said the institution is a mini Nigeria, as it is notable for the convergence of Nigerians from all parts of the country who come to study in the once peaceful state.
A member of the Association, Christopher Igwe-Ferdinand called for a special security unit for the institution. According to him, the frequent attacks occur because of the very long response time for security operatives to intervene.
The members of the Association marched round the Unity Fountain with placards bearing inscriptions such as PEACE FOR PROGRESS, LET PEACE REIGN and PEACE IS PRICELESS.
News