We Did Not Arrest Channels TV Presenters - DSS 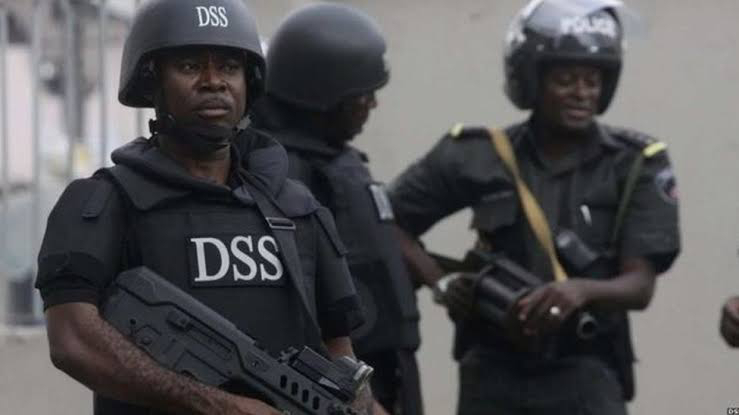 DSS Spokesman, Peter Afunanya, disclosed this in a statement on Thursday titled, ‘No Channels Television Reporters Were Arrested By The DSS’.

Some online media organisatios had reported that two presenters of the programme, Chamberlain Usoh and Kayode Okikiolu, were picked up by the secret police after separate interviews with the Benue State Governor, Samuel Ortom; and a former Navy Commodore, Kunle Olawunmi.

But Afunanya said, “The attention of the DSS has been drawn to news making the rounds in some sections of the media that its operatives earlier today (26th August, 2021) arrested two (2) journalists of Channels Television. This is false and misleading. Fake news peddlers should shun the act.”

Meanwhile, the National Broadcasting Commission “invited” the presenters to its Abuja office on Thursday over the two separate interviews by Ortom and Olawunmi.

The NBC also queried Channels Television over the “inciting, divisive and unfair comments” made by Ortom on the programme on Tuesday. Ortom had said he was disappointed with the way the Presidency is handling the nation’s security challenges while Olawunmi had alleged that current members of the Buhari cabinet are Boko Haram sponsors.

The NBC had in May slammed a fine of N5million each on Channels TV and Inspiration FM Lagos for alleged infractions of the broadcasting code.

Channels TV had featured the spokesperson for the proscribed Indigenous People of Biafra, Emma Powerful, on its ‘Politics Today’ programme.