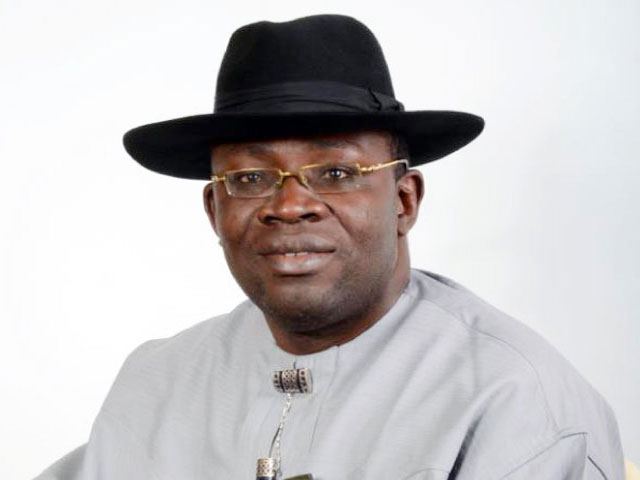 Senator Seriake Dickson has described the allegations contained in the petition over which he was questioned by the Economic and Financial Crimes Commission (EFCC), on Tuesday as “frivolous’’.

Dickson said in a statement by his Media Adviser, Mr Fidelis Soriwei, on Wednesday, that the anti-graft agency had questioned and allowed him to return home on self recognition.

The senator representing Bayelsa West, was alleged to have breached asset declaration laws and diverted funds for flood response, to the tune of N17.5 billion during his tenure as governor of the state.

He explained that the assets which the petition alleged that he bought with public funds during his tenure as governor, were acquired with loans in 2007.

He explained that the assets were duly declared to the Code of Conduct Tribunal (CCT).

“As a law abiding citizen and with a lifelong commitment to supporting law enforcement and security agencies, I honoured the invitation as rescheduled.

“I understand that the subject matter of the inquiry relates to investments of my family trust, which I incorporated as a member of the House of Representatives as family assets and investments, which were made between 2007 and 2012 before I became governor.

“I understand that there is a petition from an NGO alleging that these investments (largely buildings, plots, farms, etc in my village, Orua, Yenagoa, and two buy-to-let houses in the UK, were not declared.

“I have a duty to clarify these issues with the investigating authorities who by law have the responsibility to inquire into these matters,’’ he said.

Dickson stated that the investments were funded by loans and advances, and repaid from salaries, allowances, savings and other incomes, adding that one of the properties “is still on mortgage’’.

He said that all the relevant documents were made available to the EFCC.

On the allegation of diverting the N17.5 billion donation for flood victims during the 2012 flood disaster that ravaged the country, Dickson described the allegation as blackmail because Bayelsa Government did not receive such donation.

“However on getting to the commission, the investigating team came up with a new allegation of diversion of flood funds in 2012 totaling N17.5 billion.

“The petition further alleged that the money was used for my re-election in 2019. The fact is that there was no such donation over the 2012 flood in Bayelsa.

“Curiously, there was no mention of donor or where the money came from. There was also no re-election for governorship in Bayelsa in 2019 which are clear proofs that the petition was totally frivolous.

“The commission after looking into these allegations have since asked me to return home on self recognition,’’ Dickson stated.