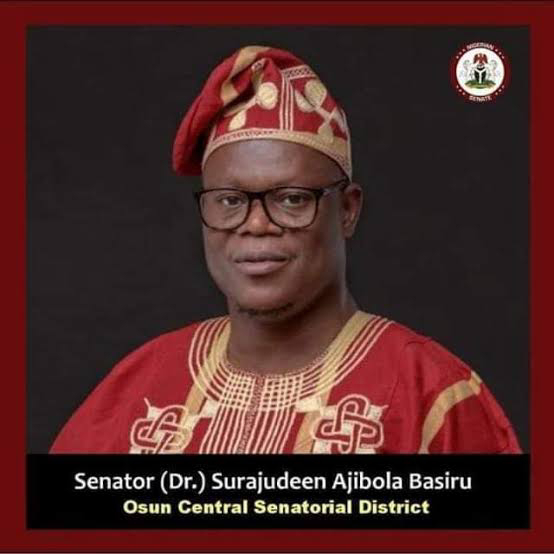 Senator Ajibola Basiru of Osun Central Senatorial District has empathized with the victims of the flood disaster that affected some susceptible areas in Osogbo Township, Osun state.
The Federal lawmaker who visited some of the areas described the havoc as most unfortunate particularly at a time the economy is expressing pummeling from another wave of the destructive covid – 19 pandemic.
Assuring those seriously affected by the flood that the state Government under Governor Adegboyega Oyetola is on top of the situation, Senator' Basiru called on the citizens generally to always cooperate with the Government in its efforts at stemming the tide of natural disasters, particularly, flooding.
He appealed to those living along the river beds and courses to take precautions by clearing drainages to pave way for the body of water, accompanying rains this season as already predicted by meteorologists.
"This is terrible,we sympathise with those who have lost property to this disaster. The Government is on top of the situation as agencies are already assessing the damage with a view to preventing a reoccurrence.
"And to those who may want to trade blame and play politics with the havoc, we say this is not the time for that. Lives are involved. Disaster does not segregate. I pray Allah to bring succour to those affected." he concluded.
Reports say the torrential rains that started last evening poured into midnight generating bodies of water that joined into floods which found their ways into business centres and residential areas wreaking untold havoc.
News