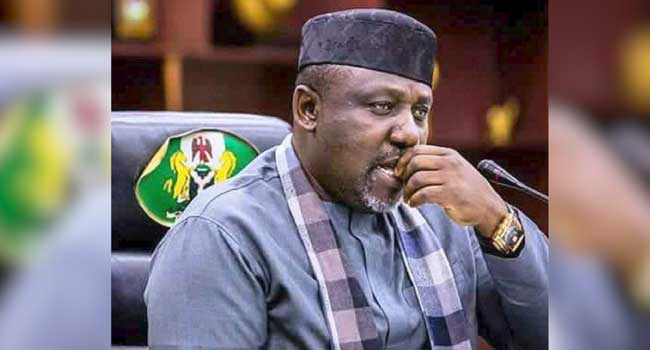 A Federal High Court sitting in Abuja on Wednesday refused to grant an order of interim injunction sought by former Imo State governor, Rochas Okorocha, against the Economic and Financial Crimes Commission, and the Imo State Government stopping them from confiscating his properties located in various parts of the country.

Daily Post reports that Justice Ahmed Ramat Mohammed held that granting the order during various challenges to the court jurisdiction in the matter will not be in the interest of justice.

August 24 has been fixed for the hearing of the challenge by EFCC and Imo State government that the motion on notice filed by Okorocha cannot be heard during court vacation.

Okorocha had asked the court to issue a restraining order against the EFCC and Imo State Government from further interfering and confiscating his properties located in various parts of the country.

Okorocha, who currently represents Imo West Senatorial district in the Senate, sought the order of the court to preserve his properties pending the resolution of ongoing court cases.