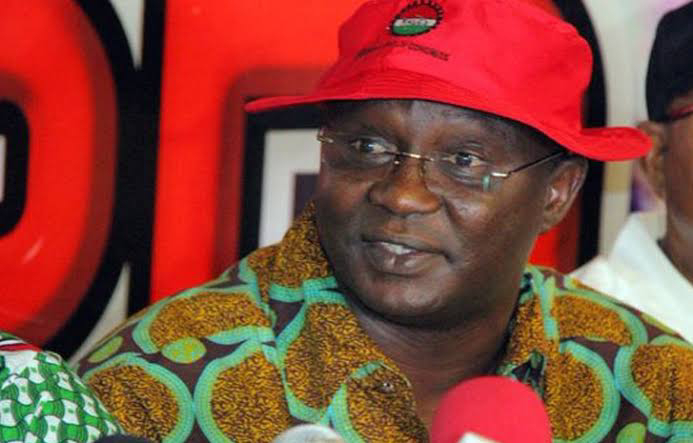 The Nigeria Labour Congress (NLC) has condemned the murder of about 22 travelers along the Rukuba road in Jos, the Plateau state capital.

The victims were said to be commutters travelling between Bauchi State and Akure in Ondo State.

NLC President, Ayuba Wabba in a statement which he personally signed said the attack further highlights the deteriorating security situation in Nigeria.

He further stated that;  "there is no gainsaying the fact that we are really living in dangerous times in Nigeria."

While commiserating with the families of the victims of the heinous crime, Wabba prayed for repose on the souls of the dead.

"Whatever is the motivation for the barbaric and atrocious murder of these 22 innocent travellers is totally unacceptable and condemnable. This incident is another jolt that we are steadily losing our humanity. We are horrified at such desecration of the sanctity of lives." he said.

The foremost labour leader in Nigeria therefore urged the security forces to quickly fish out the perpetrators of the dastardly crime and ensure their diligent prosecution in the courts of law.

He also urged the Federal Government to increase security surveillance and patrol on various highways while also adding that response time to emergency security situations should also be significantly improved.

Wabba further said, "the abduction and subsequent killing of 22 persons could not have happened in a flash.

"We also call for improvement on security intelligence. Criminals who perpetrate these kinds of crimes live among us. Government must work more closely with citizens and citizens groups including leadership structures at the grassroots to smoke out groups manifesting violent tendencies long before they strike and indlict maximum pain." the statement concluded.