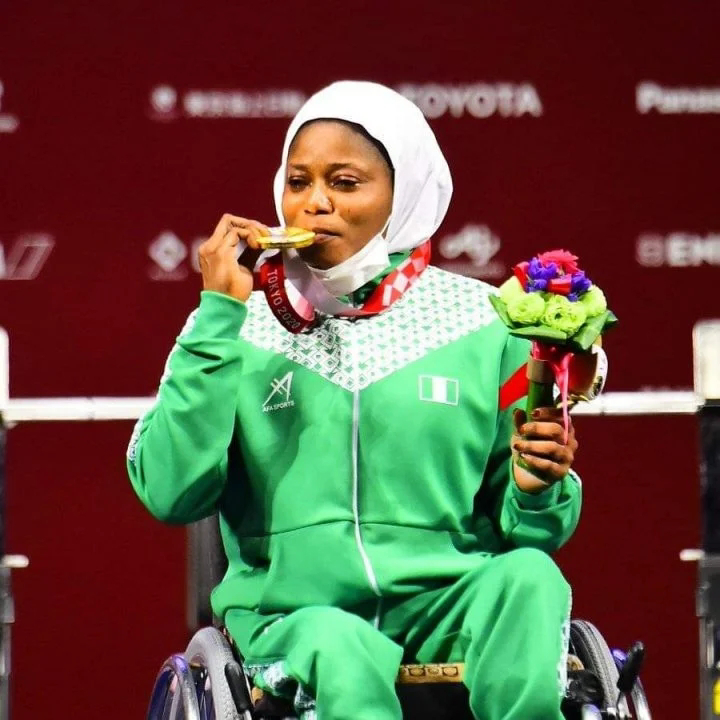 She won the gold on Thursday in women’s 45kg powerlifting.

On his part, Team Nigeria’s Yakubu Adesokan missed out on a podium placement in men’s 49kg Powerlifting.

He finished fourth with his best lift of 155kg.

Adesokan attempted 161kg on his last attempt to snatch Bronze from Azerbaijan’s Parvin Mammadov who lifted 156kg, but failed to lift it.