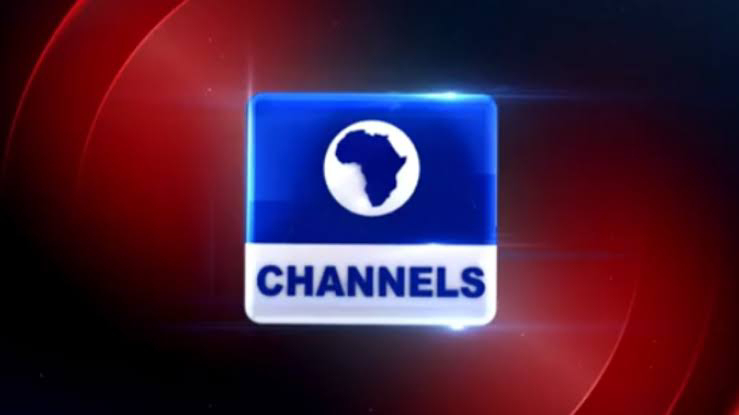 The National Broadcasting Commission has queried Channels Television over what it described as “inciting, divisive and unfair comments” made by Benue State Governor, Samuel Ortom, on the TV’s ‘Sunrise Daily’ breakfast programme on Tuesday.

NBC made this known in a letter to the television station titled, ‘Notice of Infraction’.

The regulator’s letter was dated August 24, 2021, and signed by its Director-General, Balarabe Ilelah. 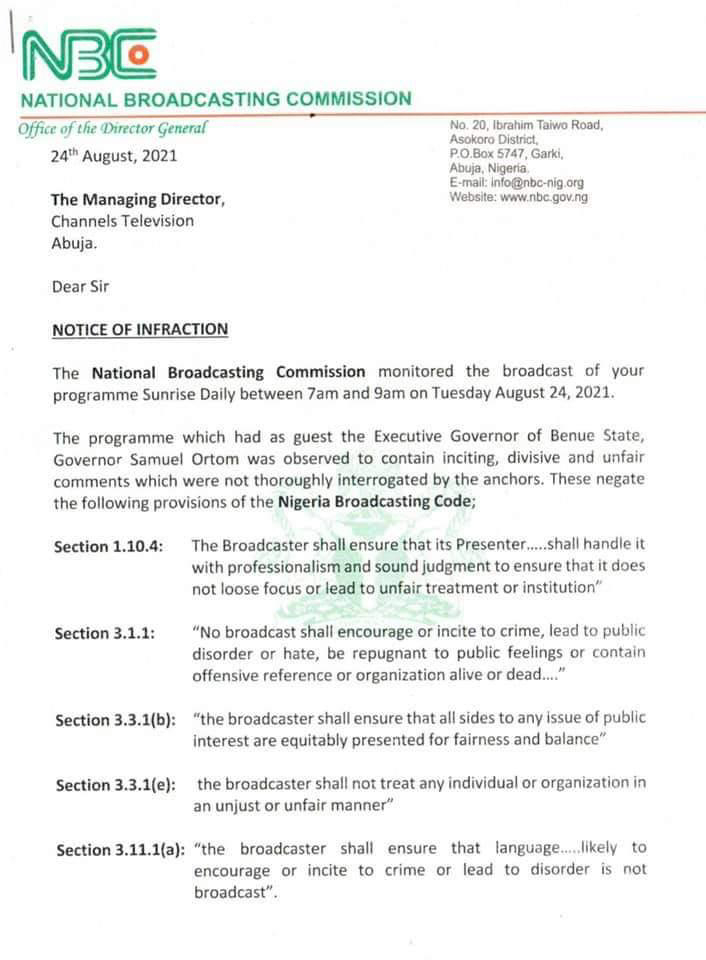 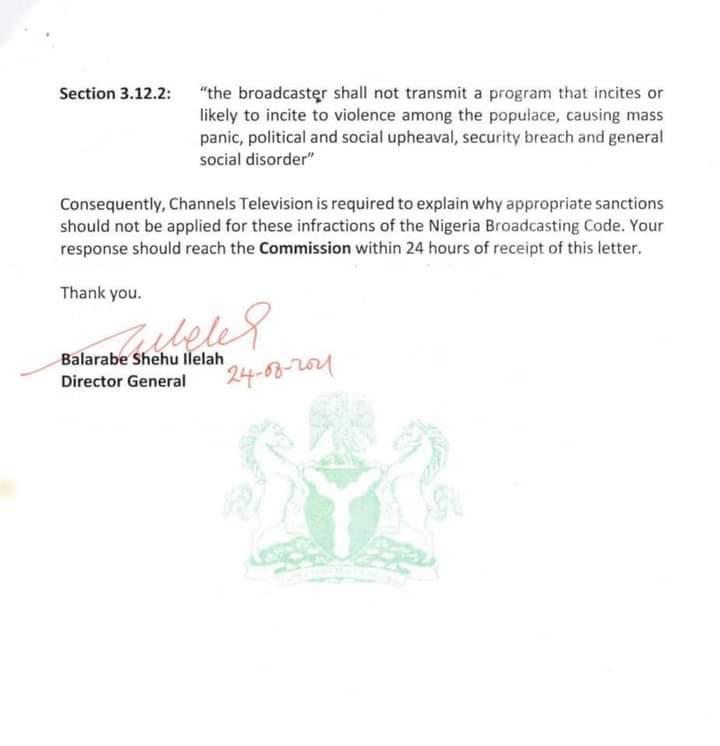 Ortom, who was a guest on the TV programme on Tuesday morning, had said, “Mr President is pushing me to think that what they say about him, that he has a hidden agenda in this country is true because it is very clear that he wants to fulanise but he is not the first Fulani president.

“Go back to 2015, what did he say, human rights issues, he talked about press freedom, about the economy, corruption, security, tell me one that Mr President has achieved.

“He has achieved some level of development in other sectors but these prominent things that are concerns to Nigerians and we are all worried about.. tell me when Mr President has come out to address them. Is it corruption, we are worse in the history of this country.”

The outspoken fiery governor had also flayed the President, Major General Muhammadu Buhari’s stance on open grazing. Buhari had approved recommendations of a committee to review 368 grazing sites, across 25 states in the country, “to determine the levels of encroachment.”

“If Mr President respects the law, the Land Use Act gives governors the power to preside over land administration on behalf of the people that they govern.

“So it is amazing and I am surprised to hear this coming from Mr President as if he doesn’t have an Attorney General, or Lawyers around him to advise him. I think Mr President was misquoted or he did it out of error. He should come out to apologise to Nigerians,” Ortom had added.

The Presidency subsequently came hard on the governor on Wednesday and accused him of using sectarian language similar to that of the Rwandan Genocide of 1994, while reacting to the security challenges in his state.

Senior Special Assistant to the President on Media and Publicity, Garba Shehu, in a statement had said, “In an attempt to boost his sinking political fortunes, Ortom takes the cheapest and lowest route possible by playing on ethnic themes – and in doing so knowingly causes deaths of innocent Nigerians by inciting farmers against herders, and Christians against Muslims.”

Garba had added that the “good, and fair-minded people of Benue State deserve more than this, and we look forward to the next election when they have an opportunity to restore its greatness.”