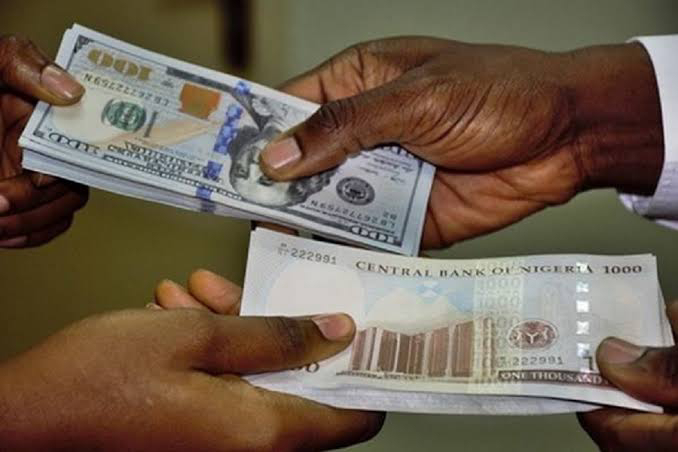 The naira fell further against the dollar at the parallel market on Wednesday after staying steady at 515/$ in recent days.

The local currency fell to 517 against the US currency at the parallel market on Wednesday.

Punch newspaper quoting FMDQ Group, said at the Investors and Exporters’ window, the naira weakened by 0.06 per cent to close at 411.75/$ on Wednesday.

The naira had strengthened to 506/$ on August 4 after plunging to 525/$ at the parallel market on July 28, a day after the Central Bank of Nigeria stopped foreign exchange sales to Bureaux de Change. It had been hovering around 508/$ and 510/$ in recent days.

The CBN Governor, Mr Godwin Emefiele, had on July 27, at the end of the Monetary Policy Committee meeting, announced the stoppage of forex sale to the BDCs, saying they had turned themselves into ‘agents that facilitate graft and corrupt activities of people who seek illicit fund flow and money laundering in Nigeria’.

He said the CBN would channel a significant portion of its weekly allocation currently meant for BDCs to commercial banks to meet legitimate forex demand for ordinary Nigerians and businesses.