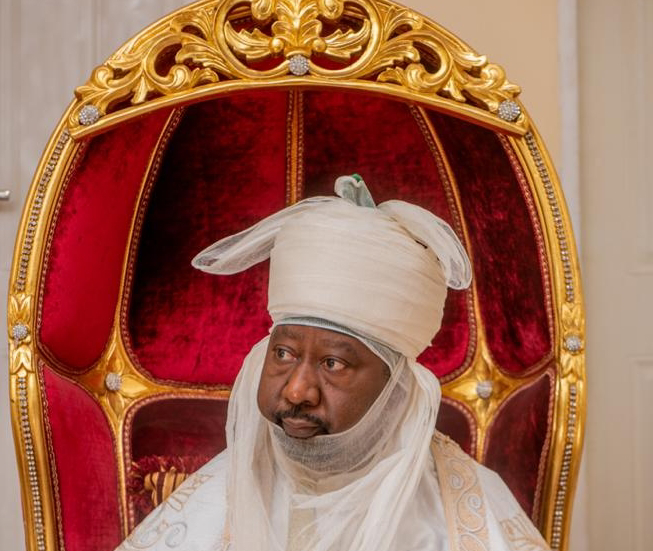 Daily Trust newspaper reports that the Emir of Bichi, Nasir Ado Bayero, has expressed emotion over the forthcoming wedding of his daughter, Zahra, to Yusuf, the only son of President Muhammadu Buhari.

Zahra and Yusuf are scheduled to be wedded on Friday at the Emir’s Palace in Bichi.

In June, at least seven governors had visited the Emir of Kano, Aminu Ado Bayero, the elder brother of Zahra’s father, to formalise plans for the wedding.

However, in an exclusive interview with Daily Trust, the Emir of Bichi spoke on his relationship with his children.

He said it was a difficult decision to marry off any of his children because he is close to them all.

“I’m very close to my children, so sending away Zahra is also an issue for me, but we thank God.

“She’s a young girl, only 20; and she’s in her final year in the university studying architecture.

“I would have loved for Zahra to stay and finish her school and live with me a little longer, but we cannot change what God has ordained, we can only pray and wish them a successful married life,” he said.

Perhaps the decision became more difficult for the monarch after having married off another of his daughters earlier in the year.

But the business tycoon turned monarch, who seats as Chairman of the Board of 9mobile as well as several other companies, said he took solace from the Hadiths, especially the part where the Prophet Muhammad (PBUH) said, ‘When you successfully raise three daughters and marry them off, Allah will give you a place in paradise”.

“This is my prayer and hope that through them God will give me Aljanah,” he said.

The monarch, whose coronation is a few days ahead, also spoke on a wide range of issues, including his relationship with Alhaji Muhammadu Sanusi, dethroned Emir of Kano.