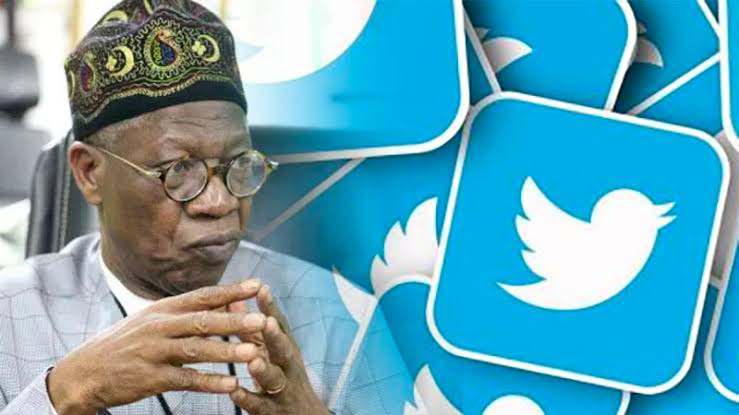 The Federal Government has hinted that the over two months’ ban on the social networking site, Twitter, in Nigeria will be lifted soon.

This is as it said that it has reached an agreement with Twitter in most areas of misunderstanding.

Recall that on June 5, 2021, the Federal Government had officially banned Twitter indefinitely, thereby restricting it from operating in Nigeria after the social media platform deleted tweets made by  President Muhammadu Buhari, warning the Indigenous People of Biafra that they “will be treated in the language they understand”.

The Federal Government had interpreted the deletion of Buhari’s tweets as discourteous and hinged upon “a litany of problems with the social media platform in Nigeria, where misinformation and fake news spread through it have had real-world violent consequences”.

The Minister of Information and Culture, Lal Mohammed, while fielding questions from the press at the State House after Wednesday’s Federal Executive Council meeting updated Nigerians on the issue saying that progress has been made in resolving the stalemate following series of meetings.

Mohammed explained details of the conditions given to Twitter, saying that most of them have been accepted.

He said the areas still pending such as Twitter setting up an office and having a Twitter staff of management cadre that will serve as the country representative, are still being discussed.

The Minister also disclosed that on the issue of a Nigeria-based office, even though Twitter has agreed to the condition, it is, however, maintaining that the earliest it can establish that is 2022.

He expressed confidence that everything will be ironed out with Twitter within “matter days or weeks”, noting the anxiety that has been shown by Nigerians.

He said Federal Government’s committee negotiating with Twitter will meet on the agreement soon to make recommendations.