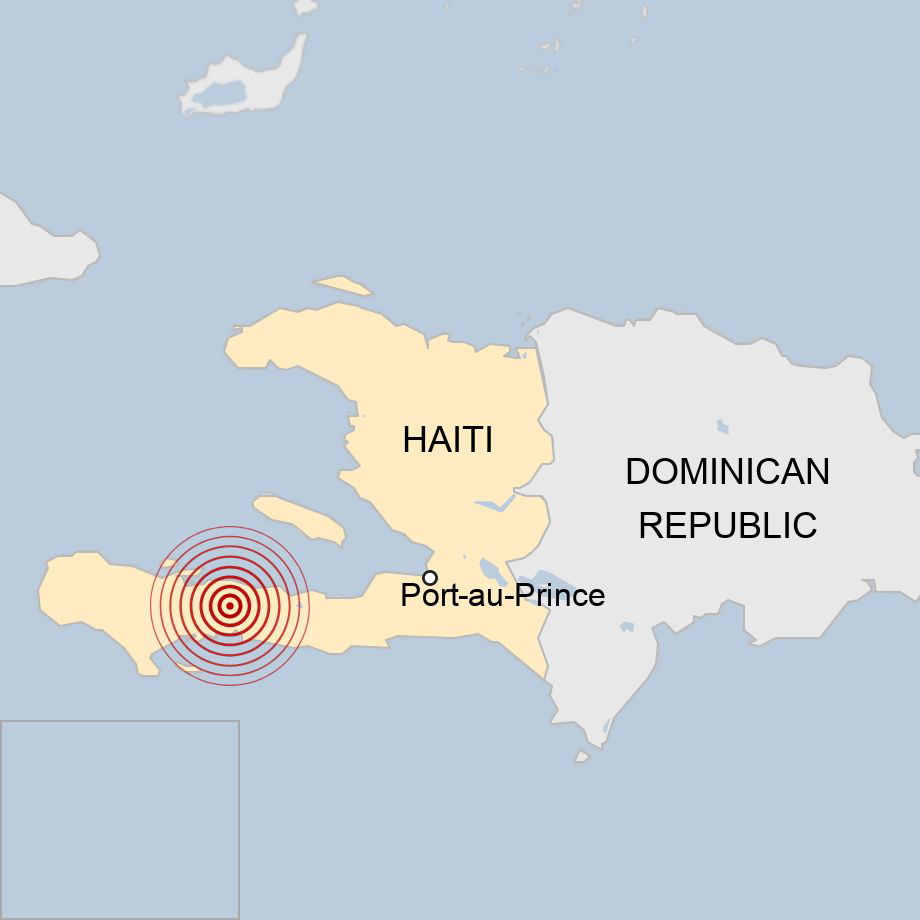 Officials in Haiti have confirmed at least 724 people are dead after a powerful 7.2-magnitude earthquake hit the Caribbean nation on Saturday.

Rescuers are picking through rubble in a desperate search for any survivors.

Homes, churches and schools were among buildings flattened in the quake. Some hospitals were left overwhelmed and in need of supplies.

An unknown number of people are missing and at least 2,800 people have been injured, officials say.

The disaster compounds problems facing the the impoverished nation, which is already reeling from a political crisis following the assassination of its president last month.

The south-west of Haiti appears to have bore the brunt of the damage, especially around the city of Les Cayes.

Footage on social media showed residents desperately trying to pull victims from the ruins of buildings.

"The streets are filled with screaming," Archdeacon Abiade Lozama, head of an Anglican church in Les Cayes, told the New York Times. "People are searching, for loved ones or resources, medical help, water."

The epicentre of Saturday's quake was about 12km (7.5 miles) from the town of Saint-Louis du Sud, the US Geological Survey (USGS) said.

But the tremor could be felt in the densely-populated capital of Port-au-Prince, some 125km away, and in neighbouring countries.