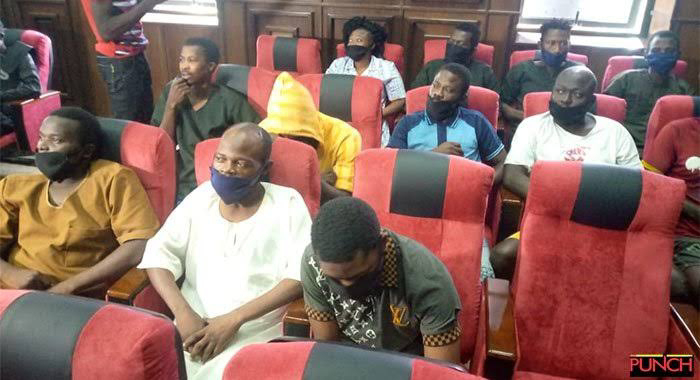 The service, however, urged the court not to grant bail to Amudat Habibat Babatunde, Abideen Shittu, Jamiu Noah Oyetunji and Bamidele Sunday listed as 2nd, 5th, 6th and 12th applicants in the application.

Earlier, Counsel to the applicants, Pelumi Olajengbesi, had urged the court to grant his clients bail unconditionally.

Olajengbesi made the plea following the production of the 12 detainees before Justice Obiora Egwuatu on Wednesday.

The applicants, who had been in the detention of the DSS since July 2, had approached the court through their lawyer to seek for their fundamental rights enforcement.

Olajengbesi told the court that contrary to the Section 35(4) of the Constitution of the Federal Republic of Nigeria which stipulated that a suspect be charged to court within 24 hours, the DSS had kept the applicants for about 34 days in detention.

He said the experience of the applicants in the facility of the respondent was “a bad taste."