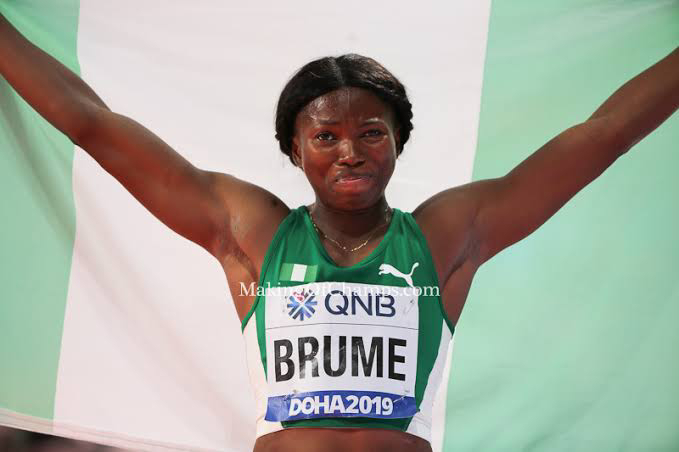 2019 All Africa Games champion Ese Brume on Tuesday gave Team Nigeria their first medal at the ongoing Tokyo Olympic Games with a bronze medal in the women's long jump event.

Brume recorded a 6.97 metres jump in the final of the event at the Tokyo Olympic Stadium to win her first Olympic medal and Nigeria’s first at this Games.

The 25-year-old Nigerian placed behind American Brittney Reese who claimed the silver medal with a jump of 6.97m also.

But Brume who placed fifth at the Rio Games in 2016 with 6.81 had to settle for bronze because her second best effort of 6.67m was inferior to Reese’s 6.81m.

Germany’s Malaika Mihambo won the event’s gold medal, having saved her best for the last, by snatching victory from Reese with a season best jump of 7.00m.

Reese, the 2012 gold medallist and four-time world champion, held the lead from the third round with a jump of 6.97m.

Seven women had a personal best of seven metres going into the finals, but only Mihambo was able to reach the mark.