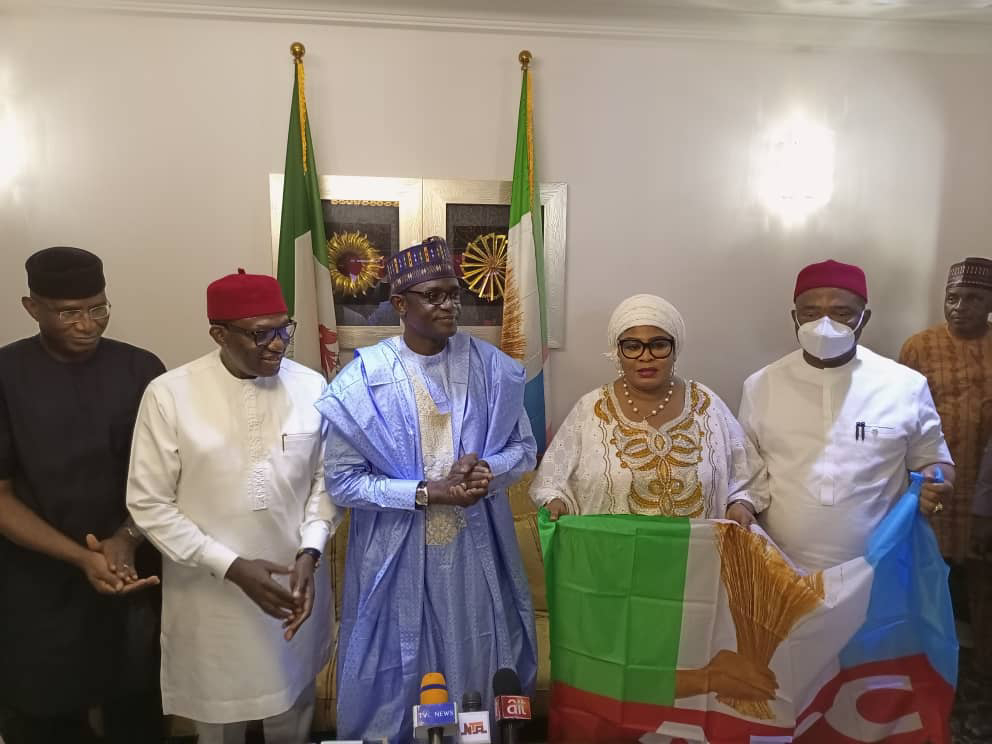 Former Minister of Aviation and current Senator representing Anambra North, Stella Oduah has defected the Peoples Democratic Party(PDP); pitching tent with the All Progressives Congress (APC).
Oduah's officially made the switch shortly after meeting with the Chairman, Caretaker Extraordinary Convention Planning Committee(CECPC), Mai Malama Buni in Abuja on Thursday.
Speaking to journalists at the end of the very brief ceremonies also witnessed by the Deputy President of the Senate, Ovie Omo-Agege, Governor of Kebbi State, Abubakar Atiku Bagudu, Oduah said her decision to leave the PDP for APC was dictated by the need to engage in progressive politics for her constituency and the people of Anambra State.
The Governor of Imo State and Chairman, APC Campaign Committee on Anambra Election, Hope UZODINMA is believed to have facilitated the Oduah's defection
from the PDP to the APC to strengthen the chances of the party and its candidate, Andy Uba in the forthcoming November 6, Governorship election in Anambra State.
Oduah served as Minister of Aviation in PDP under  President Goodluck Jonathan between 2011 and 2014 when she was relieved.
She was also an active member of the political campaign "Neighbour-to-neighbour" of former President Jonathan where she served as his campaign's Director of Administration and Finance.
News