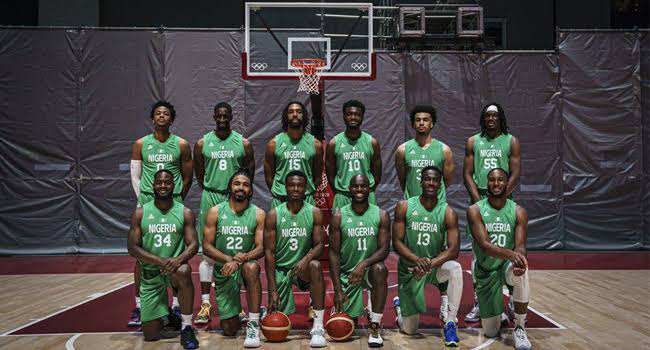 Nigeria’s senior male basketball team, the D’Tigers, on Wednesday lost their second Group B match in the men’s basketball event of the ongoing 2020 Tokyo Olympics.


The D’Tigers fell apart in the fourth quarter of their second game at the Tokyo Olympics to lose 92–99 to Germany.

They went on to accumulate most of their points via three-pointers, an improvement from the performance in their first game.

Germany, also having suffered a first match loss to Italy, made it an end-to-end game inspired by Orlando Magic’s Moritz Wagner and Danilo Barthel.

Both teams were tied at half-time (50-50) and at the end of the third quarter (74-74) making it a frantic fourth quarter where Germany took the game beyond Nigeria.

Nigeria at some point in the game led with as much as twelve points but didn’t do enough defensively, giving away fouls the Germans easily converted from the free-throw line.

Johnannes Voigtmann scored 19 points, and Germany used a 14-0 run in the final minutes to pull away and beat Nigeria 99-92.