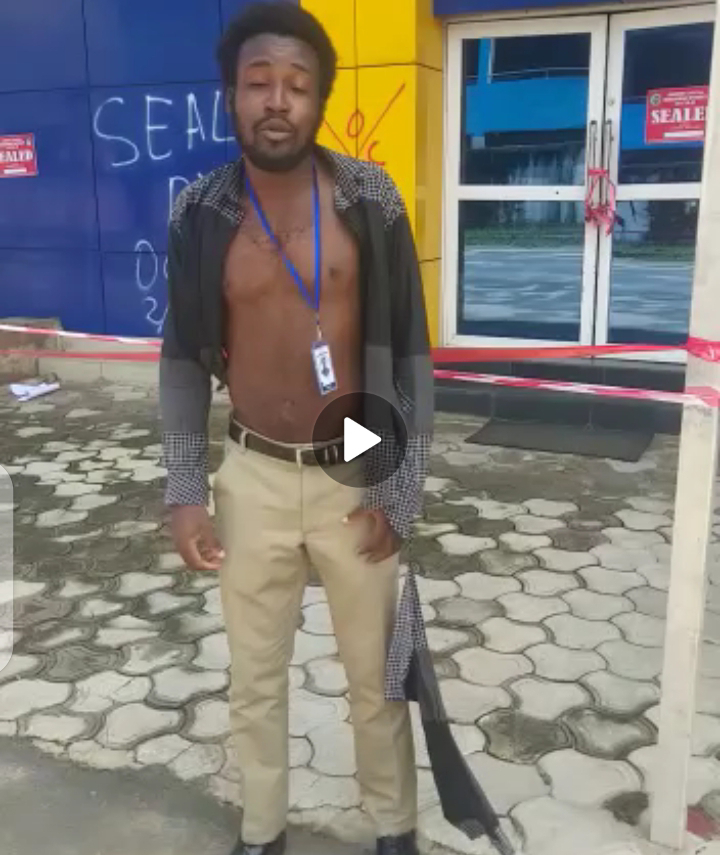 Staff and on-air personalities of Reach FM 104.9 were on Friday stunned at the level of recklessness displayed by staff of the Owerri Capital Development Authority OCDA who at about 11am on Friday stormed the station heavily armed with machetes, guns and amulets to enforce a shut-down of the station without prior notice
The shut-down came shortly after representatives of some residents around Amakohia area appeared on a local station programme, (Naija Talks aka Voice of Igbo) to complain about the alleged illegal demolition of their homes by the  OCDA without prior notice of ejection served to them.
In a chat with the General Manager of Reach FM, Mr. Idemudia Alapa on Friday afternoon, he said the program which was on air around 10:45 am focused on cases of demolition in the Owerri metropolis by the OCDA.
Alapa said a pastor whose church was demolished was on air to lament how his property was brought down by the state agency without notice served him. According to Alapa a call was put through to the Live broadcast by someone who alleged that he was a staff of the OCDA and the station offered to give the agency one hour on Monday July 5, 2021, to explain to Owerri citizens why the demolition was effected.
A shocked Alapa revealed that at about some minutes after the programme was rounded-off staff of the OCDA numbering about forty armed with machetes, guns and amulets stormed the Reach FM premises and descended on anyone they could lay their hands on.
He said “I and about six other persons which includes the Admin Manager, the station’s marketer, an OAP and some other persons were injured in the confusion”.
“Right now I have an injury on my chest and the admin person who tried to make a call with her phone was over powered, the phone seized and she was beaten blue-black”
“The OCDA staff who acted exactly like thugs, stole personal belongings like cash, laptops and other things we can’t remember right now”
Alapa also said upon enquiry to ascertain why the station was shut down, the Managing Director of OCDA, Innocent Ikpamezie had earlier alleged that the station had arranged people to come on air and throw invectives at him, but a notice  posted on the stations wall purportedly read “failure to show approval’.
News